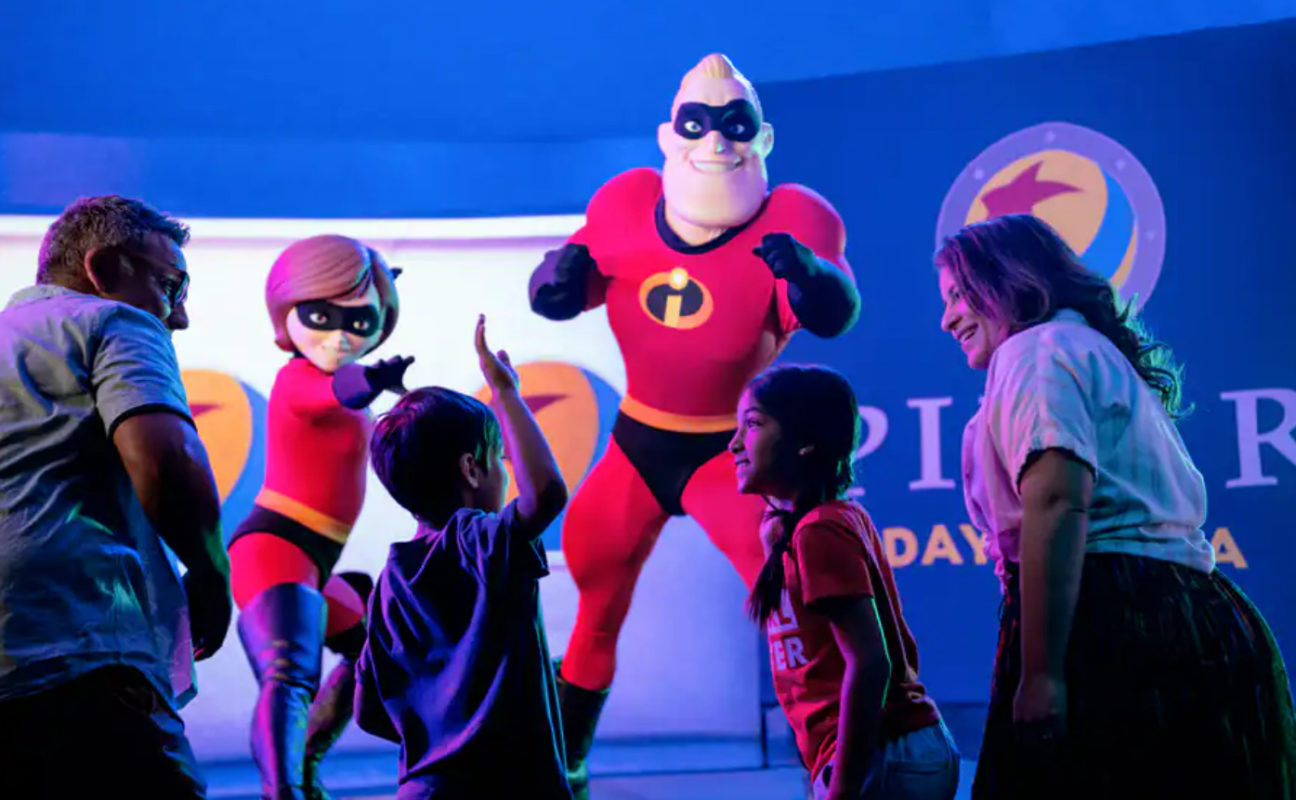 The Pixar Day at Sea cruises begin on January 7 with select Disney Cruise Line voyages, and more details are finally being released.

Characters will abound during Pixar Day at Sea, including character greetings with some of your favorites from Disney and Pixar’s “Toy Story,” “Monsters, Inc.,” “The Incredibles” and “Inside Out,” along with Miguel (“Coco”), Remy (“Ratatouille”) and Dug and Russell from “Up.” Be sure to keep your ears open for special ship-wide guest announcements from Dug, Dory (“Finding Nemo”), Edna Mode (“The Incredibles”), and Roz (“Monsters, Inc.”).

Another way to celebrate the friends you’ve met throughout the day is the “Pixar Pals Celebration,” an interactive, high-energy deck party extravaganza in the early evening featuring many of your favorite Pixar pals.

During the day, your family can ‘just keep swimming’ with a variety of activities – such as “Crush’s Totally Awesome Pool Party,” featuring pool-side games with interactions from the dude himself – and other surprise interactive moments on the upper decks.

At the conclusion of Pixar Day at Sea, The Incredibles will be guests of honor at a super celebration up on deck – and you’re invited! Join Mr. Incredible, Mrs. Incredible and Frozone for “An Incredible Deck Party: Celebrate the Supers” as they receive a smooth sailing award for a spectacular day at sea – that is, until Jack-Jack is discovered on the loose about the ship. Action, antics and surprises ensue, ending with a fireworks finale that will send The Incredibles – and your family – off in super spirits.

You will be able to test your memory skills with “Dory’s Memory Game,” get in touch with your emotions at the “’Inside Out’ Game Show, become an honorary member of the Green Army Patrol during “Sarge Says,” make Remy’s favorite dish, Ratatouille, at “Anyone Can Cook” or take the stage with your best jokes during a “Monsters, Inc.” Open Mike Nite. Themed activities created especially for kids will include making music with Miguel (“Coco”), chilling out with Ian (“Onward”) and building their very own Forky (“Toy Story 4”).

These experiences are in addition to the previously announced inclusions as detailed below.

A first-of-its-kind theatrical experience will bring to life the beloved story of Miguel and his family from “Coco” through live music and puppetry.

A Pixar film festival, exclusive merchandise and photo opportunities will also be available as part of the new celebration.

Are you planning to go on a Pixar Day at Sea cruise? Let us know in the comments.

Indiana Jones Adventure Attraction to Close for Multi-Month Refurbishment at Disneyland, May Include New ‘Dial of Destiny’ Content