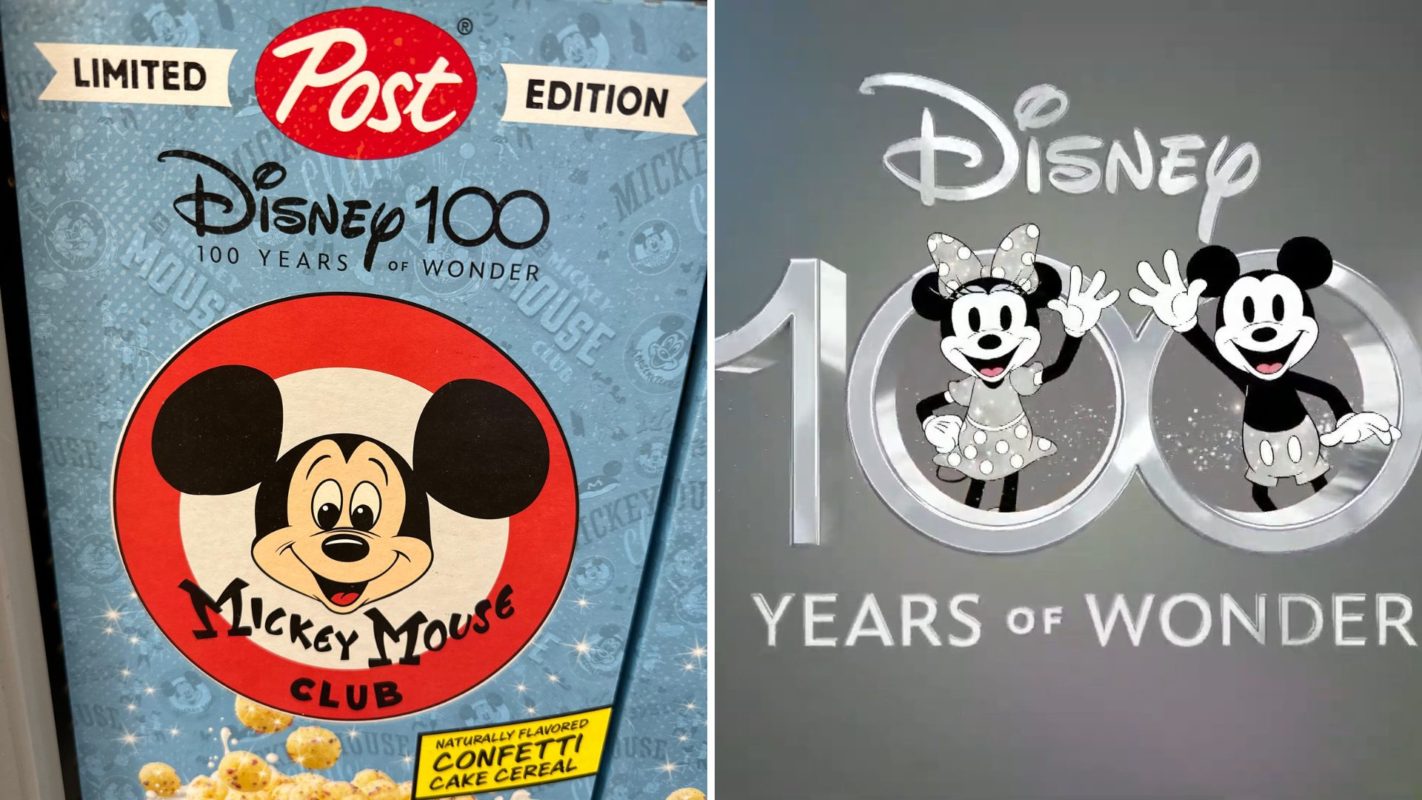 Twitter user Eric Chu shared an image taken by Nicole Testani of the cereal in a grocery store.

It’s “naturally flavored confetti cake cereal” and features the retro Mickey Mouse Club logo. The limited edition cereal is by Post. Twitter user Skyler Queen posits that it is just a rebrand of Post’s Timbits birthday cake-flavored cereal, and user Sean Fynn Cosgrave says that the cereal is only available in the USA and not in Canada.

The cereal will likely arrive at multiple different grocery store chains across the country over the next several weeks. Disney 100 Years of Wonder, celebrating the 100th anniversary of The Walt Disney Company, officially kicks off on January 27, 2023, and will be celebrated at Disneyland Resort. Merchandise for the milestone has already arrived at both Disneyland Resort and Walt Disney World Resort.

Are you hoping to try this Mickey Mouse Club cereal? Let us know in the comments.