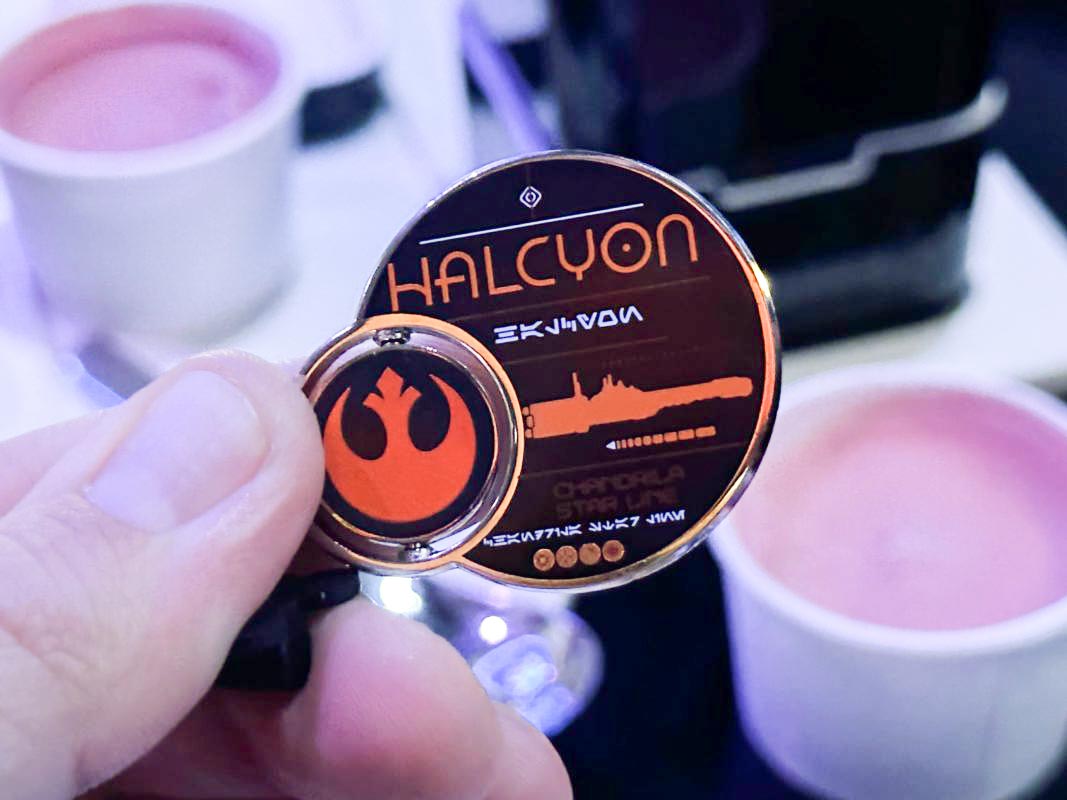 The compartment is visible on the front of this display case at the center of the store, beneath the jewelry and exclusive lightsaber. Guests need to ask a Cast Member about it to gain access — but be careful; they may not open it if there’s too much First Order activity around.

Cast Members open the compartment with a special key. Inside were three limited-release Halcyon pins featuring the Resistance logo.

This pin has two black circles, the larger one featuring an orange silhouette of the Halcyon along with the ship’s name. The smaller circle shows the Chandrila Star Line logo.

The small circle then spins to reveal the Resistance logo.

This pin at first appears to be a simple silver pin featuring the Halcon silhouette, along with “Halcyon” and “Chandrila Star Line.”

But the top slides up to reveal an orange section with the Resistance logo emblazoned in silver.

Finally, this pin we also found available for purchase in the exit store, but we believe this was a mistake. The front has the Halcyon, along with the ship name and star line name.

This piece flips over against its silver back.

The other side features the Resistance logo in bright orange.

Are you hoping to snag one of these pins on your Halcyon cruise and show your subtle support for the Resistance? Let us know what you think in the comments! Check out our complete guide to Star Wars: Galactic Starcruiser for more information about the unique resort.