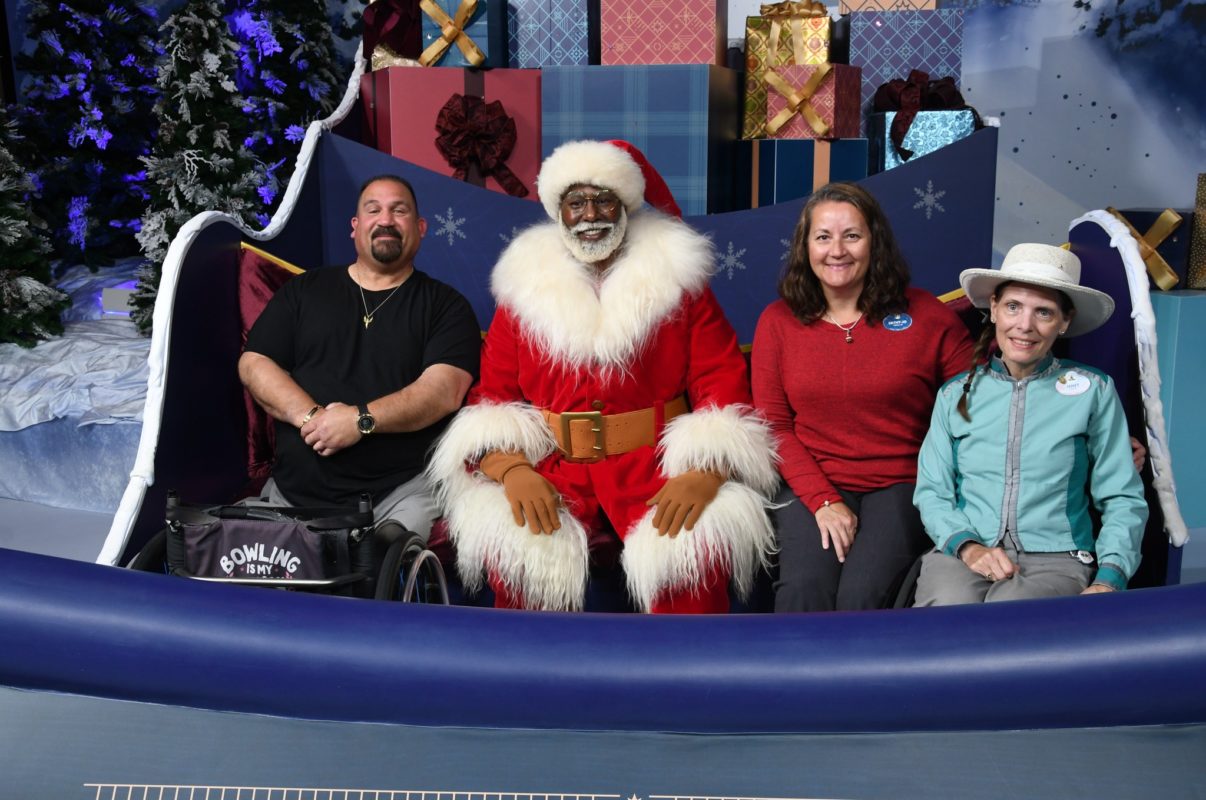 Walt Disney World shared a Facebook post highlighting the large sleigh that guests can meet Santa Claus in at EPCOT this year. The new sleigh is accessible for wheelchairs, as well as other assistive devices used by guests with disabilities.

Disney wrote in the caption, “Some of the Cast Members who advised on Santa’s new accessible sleigh at EPCOT gathered one last time before the holidays to share laughter and joy alongside St. Nick. The sleigh features a wider entrance point and an adjustable bench, allowing Guests who use wheelchairs or other mobility chairs to have a more magical and inclusive meet-and-greet experience.”

Among the Cast Members who advised on the sleigh’s construction were several who use wheelchairs. The sleigh also accommodates many more guests than most Santa sleighs, so large families can take photos together.

Disney shared a photo of the inside of the sleigh, showing how part of the red velvet bench lifts up for a wheelchair to fit next to Santa better.

The photos shared by Disney also feature a Black actor portraying Santa Claus. It was only last year that Disney started to hire diverse actors, including Black people, to portray the classic character.

In the past few years, as part of their Reimagine Tomorrow initiative and Inclusion key, Disney has been making a more active effort to be inclusive of people of color, LGBTQIA+ people, people with disabilities, and other minorities often overlooked. The holiday overlay of “it’s a small world” at Disneyland debuted two dolls in wheelchairs, and similar dolls are coming soon to the attraction in Magic Kingdom and Disneyland Paris. A mannequin in a wheelchair and another with a cochlear implant were added to Creations Shop in EPCOT earlier this year.