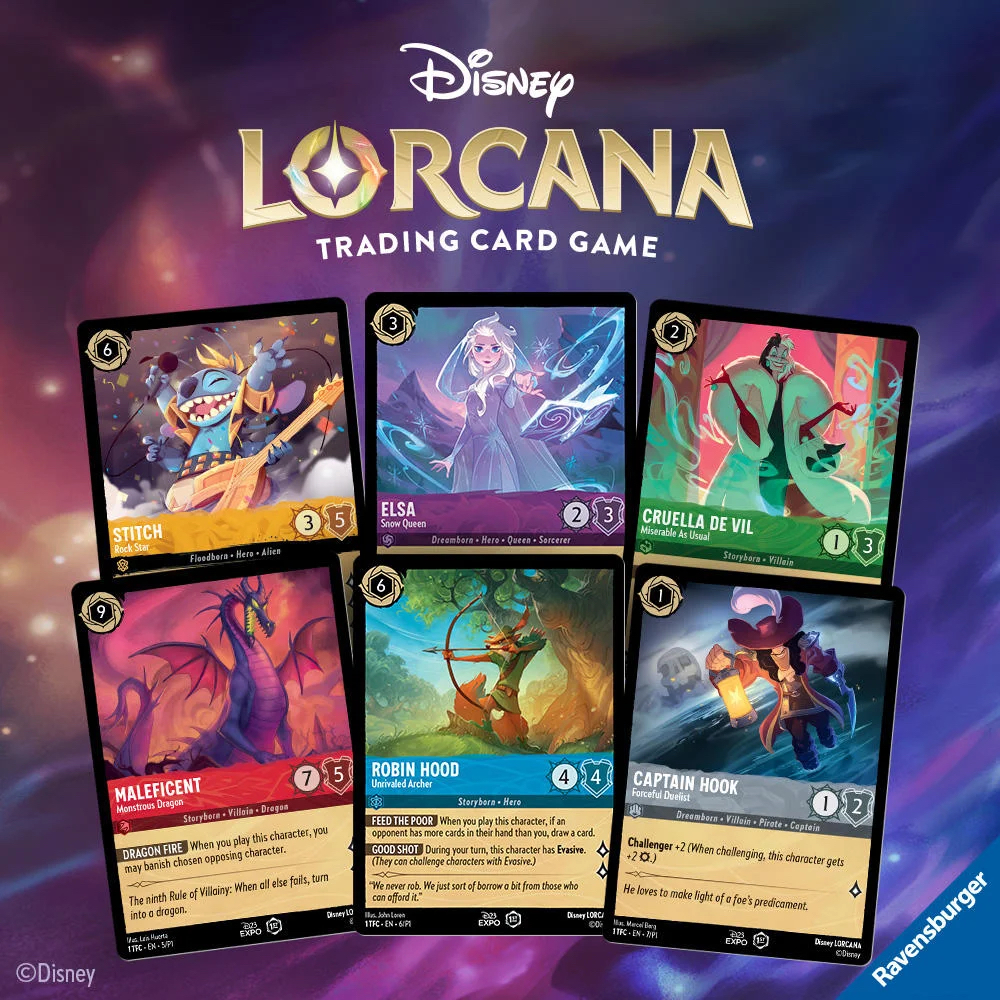 More details have been announced about Disney Lorcana, a new trading card game by Ravensburger, that will launch in fall 2023.

The team behind Disney Lorcana has taken to sharing game details with fans who can then share directly with their followers.

Disney Lorcana shared in a direct message with Twitter user Citizens of Lorcana that the gameplay reveal will be in spring 2023 and that there will be “other news and reveals before then.”

Nive of Nive’s Nerd Corner then asked the Disney Lorcana Twitter account about the “inks” in the game: amber, amethyst, emerald, sapphire, steel, and red. Disney Lorcana told Nive in a direct message that players can have up to two inks in their deck, which Nive shared on their YouTube channel. As Nive points out, this means that there will be 36 possible ink combinations.

In Disney Lorcana, players will “wield magic inks and the power of Lorcana to assemble your team of Disney characters. Some characters will be familiar friends. Others will be fantastically re-imagined.”

The first six Disney Lorcana cards were released at D23 Expo 2022. Are you excited to play the game next year? Let us know in the comments.