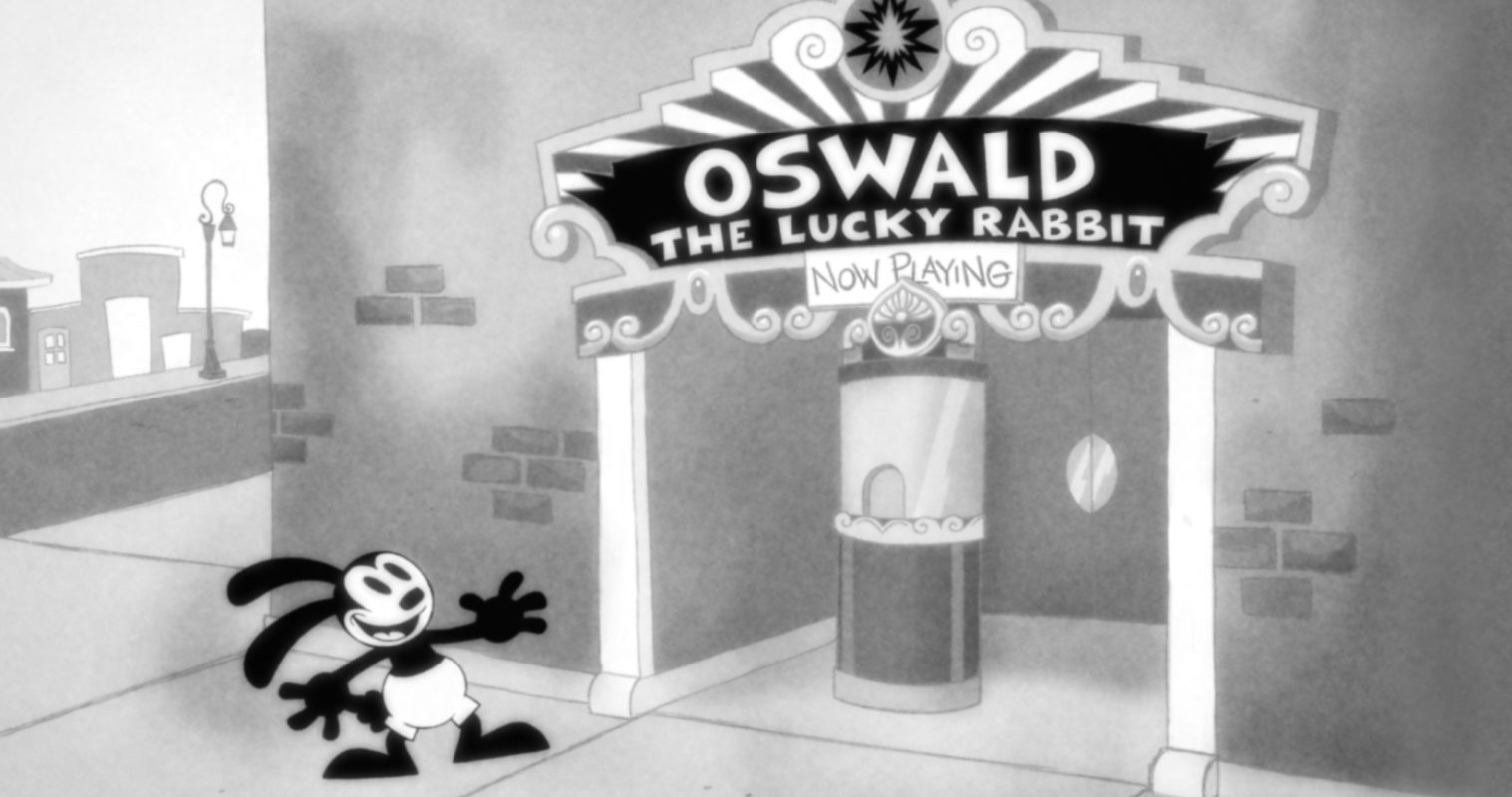 The short was created by the hand-drawn animation team to celebrate Disney 100 Years of Wonder, which marks the 100th anniversary of The Walt Disney Company. “Oswald the Lucky Rabbit” is directed by animator Eric Goldberg and produced by Dorothy McKim.

“On the eve of Disney’s 100th anniversary, it was such a joy to create the first new Oswald short from our studio since 1928,” says McKim. “Our hand-drawn animation team—including our hand-drawn legends Mark Henn, Randy Haycock, and Eric Goldberg, as well our wonderful team of 2D apprentices—had a ball animating in the style of Oswald’s era.”

Goldberg adds, “Oswald is such a plucky scamp. We wanted to bring Oswald back, and in the short, he literally returns to his original home: the movie screen. We wanted to have Oswald do all of the ‘squash-and-stretch,’ ‘rubber hose’-animation style, celebrating that first generation of Walt Disney’s artists.”

Walt Disney created Oswald in 1927 for Universal Pictures and he debuted in 1927 with “Trolley Troubles.” Disney created 26 Oswald short films in 1927 and 1928, before losing creative control of the character. In 2006, CEO Bob Iger made a deal with NBCUniversal to regain Oswald.

Watch the new short, “Oswald the Lucky Rabbit,” below.

To coincide with the new short’s release, an Oswald the Lucky Rabbit Snapchat lens is available worldwide.