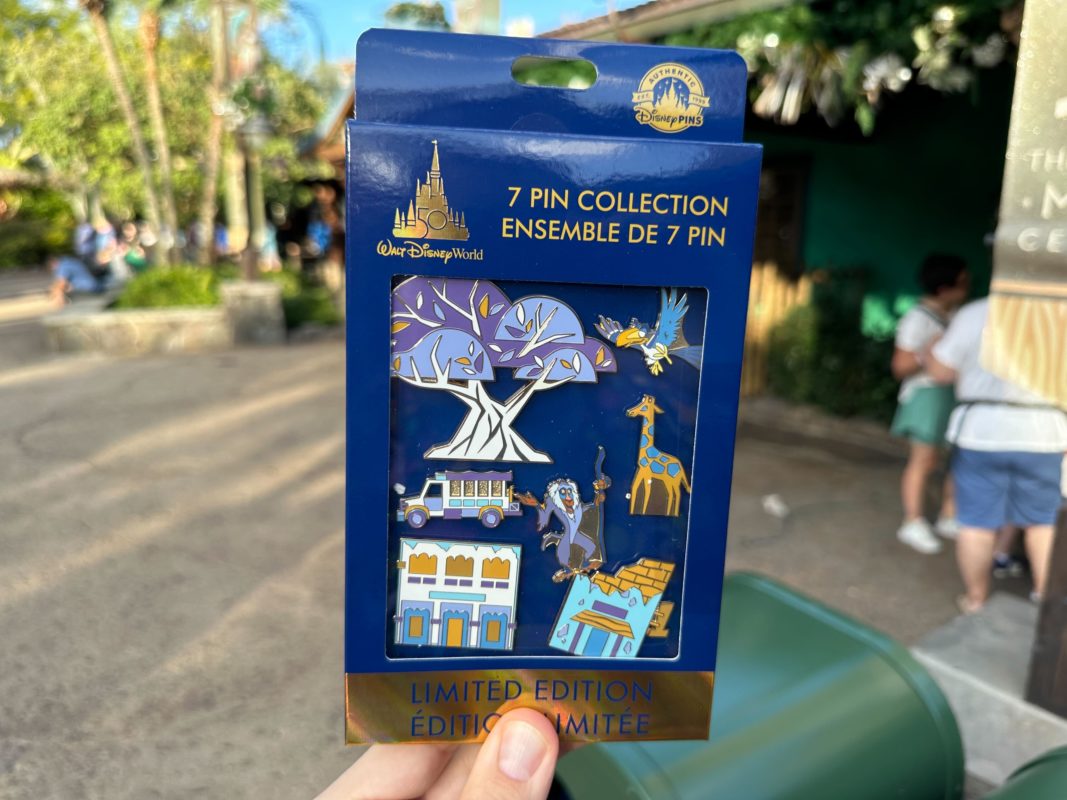 After more than a year since the first set was released, the 50th Anniversary pin set celebrating Disney’s Animal Kingdom is now available!

The release of this seven pin set marks the final Walt Disney World theme park to have a 50th anniversary pin set debut. If you haven’t already, check out the Limited Edition pin sets for Magic Kingdom, EPCOT, and Disney’s Hollywood Studios as well!

The largest pin in the set is the Tree of Life, the park’s central icon. The other six pins include Rafiki and Zazu from Disney’s “The Lion King,” a Kilimanjaro Safaris jeep, Mombasa Marketplace, and even the storefront of Tamu Tamu refreshments from Harambe Village!

Keeping in pace with the celebration, the colors are mostly light blues and purples with gold and white thrown in. These pins are a limited edition of 1500 like the other sets, so better snap them up quick before they’re gone!

Are you going to add this set to your pin collection? Let us know in the comments.