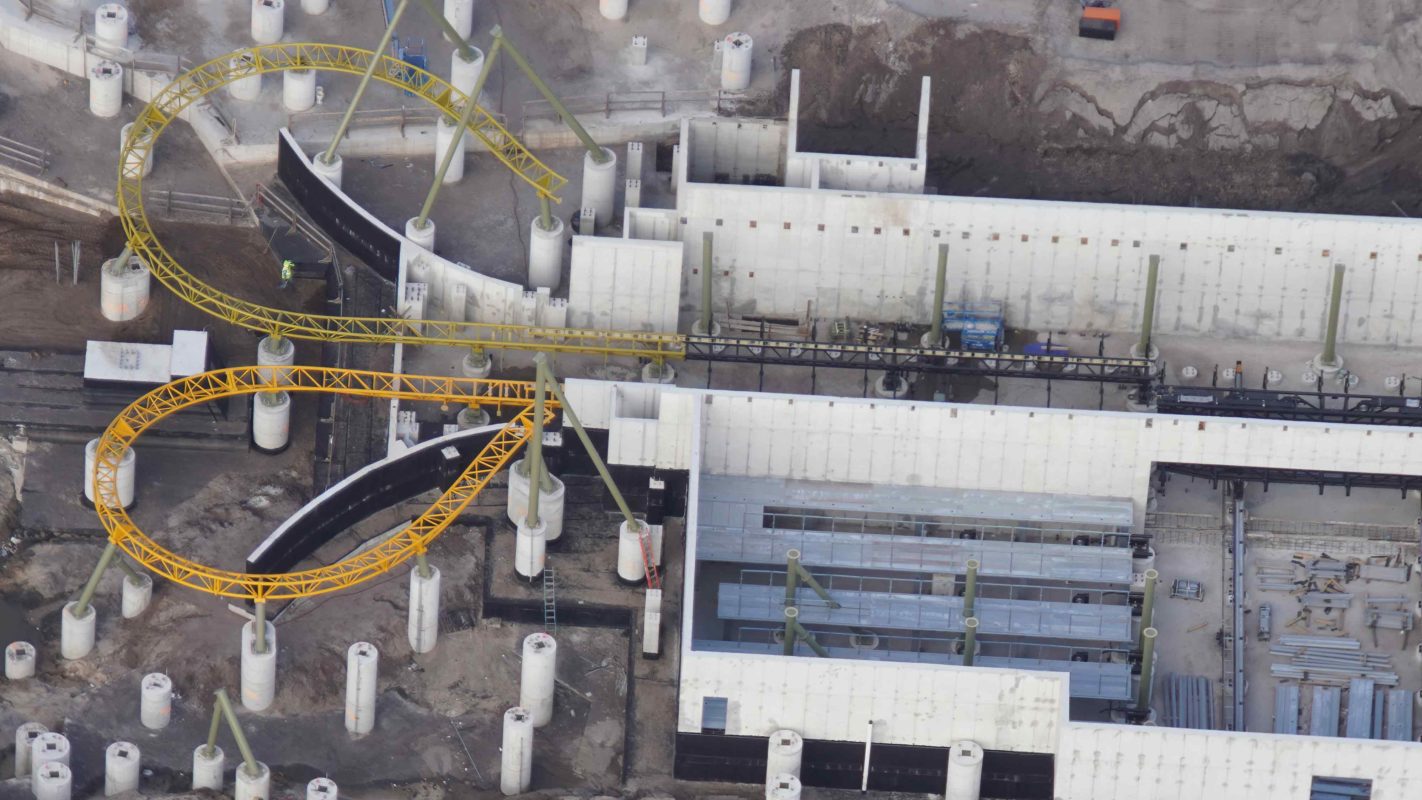 In the photo above, bioreconstruct has labeled various areas of the park:

Two curves of the dual-racing coaster — one bright yellow and another more yellow-green — are clearly visible from the air.

Bioreconstruct has also labeled the transfer bed between the attraction and service building (1), track waiting to be placed (2), and the foundations of the separate but nearby “How To Train Your Dragon” coaster (3).

The number 1 in the above photo is a building outside of what will be the third Wizarding World of Harry Potter land. On the other side of the dual-racing coaster, the number 2 is the excavated land for the “How To Train Your Dragon” coaster.

Bioreconstruct also took a look at the progress of the in-park hotel for Epic Universe. The first concrete walls are to the right in the above image.

Another Universal hotel is being constructed just outside of the park, next to Kirkman Road, which is being extended.

The concrete center of this hotel has already been constructed, with the openings for elevators visible at the top.

Universal Orlando Resort filed a permit for the second hotel earlier this year. The in-park hotel may actually be completed a year before the rest of the theme park.

Universal has made no official announcements about what will be in Epic Universe, but it will reportedly include a Universal Classic Monsters land, Super Nintendo World, the third The Wizarding World of Harry Potter (with a Ministry of Magic ride), and the “How To Train Your Dragon” land.