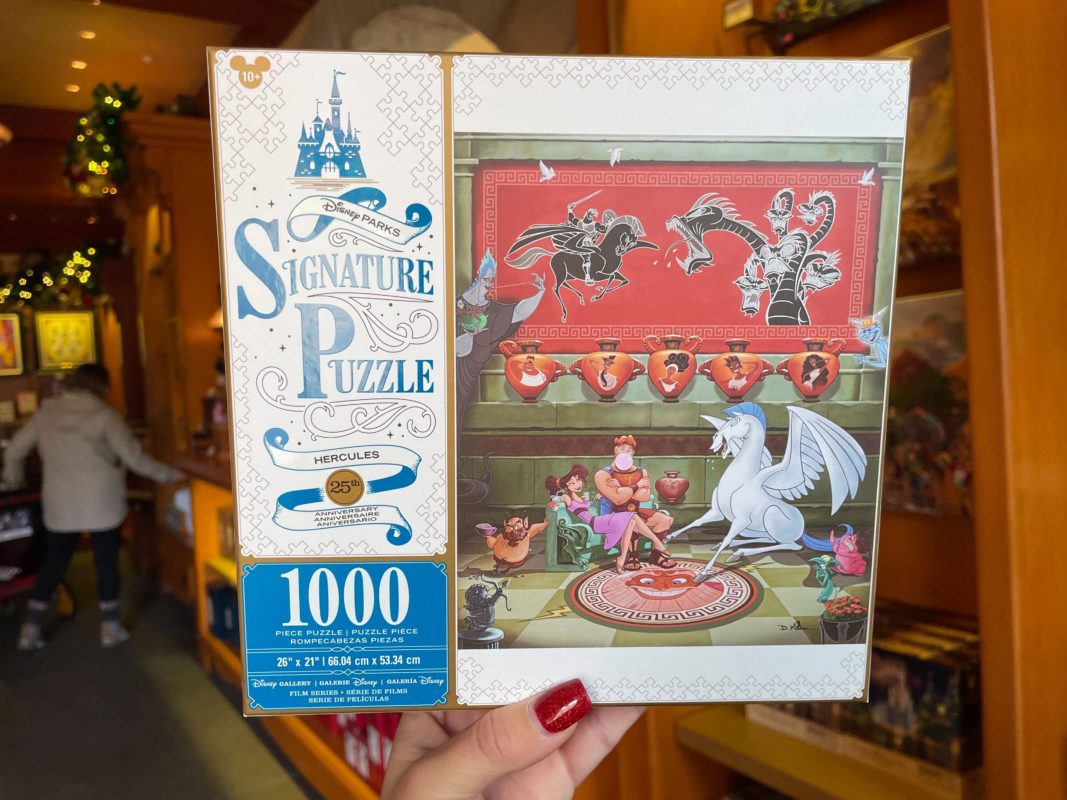 A new “Hercules” 25th anniversary puzzle has arrived at Walt Disney World. “Hercules” was released in June 1997. Part of the Disney Parks Signature Puzzle collection, it features new art by Daniel Killen. We first found it in Once Upon a Time at Disney’s Hollywood Studios and Bonjour! Village Gifts at Magic Kingdom.

The art features the main cast of the film. Hercules sits beside Megara while a round rug with Zeus’ face grins on the floor beneath their feet. Pegasus is to the right, and Philoctetes is to the left. Pain and Panic are cowering to the side, and Hades peeks out from the left, enjoying a bowl of worms.

A large mural of Herc fighting the Hydra is at the top of the art, with the Muses on vases below.

The back of the box gives more information about artist Daniel Killen, who has done work for Disney Parks Galleries and the Disney Cruise Line.

Once assembled,, the puzzle is 26” x 21” in size and consists of 1,000 pieces. The puzzle is also available to order online at shopDisney.

Will you add this to your collection? Let us know in the comments.