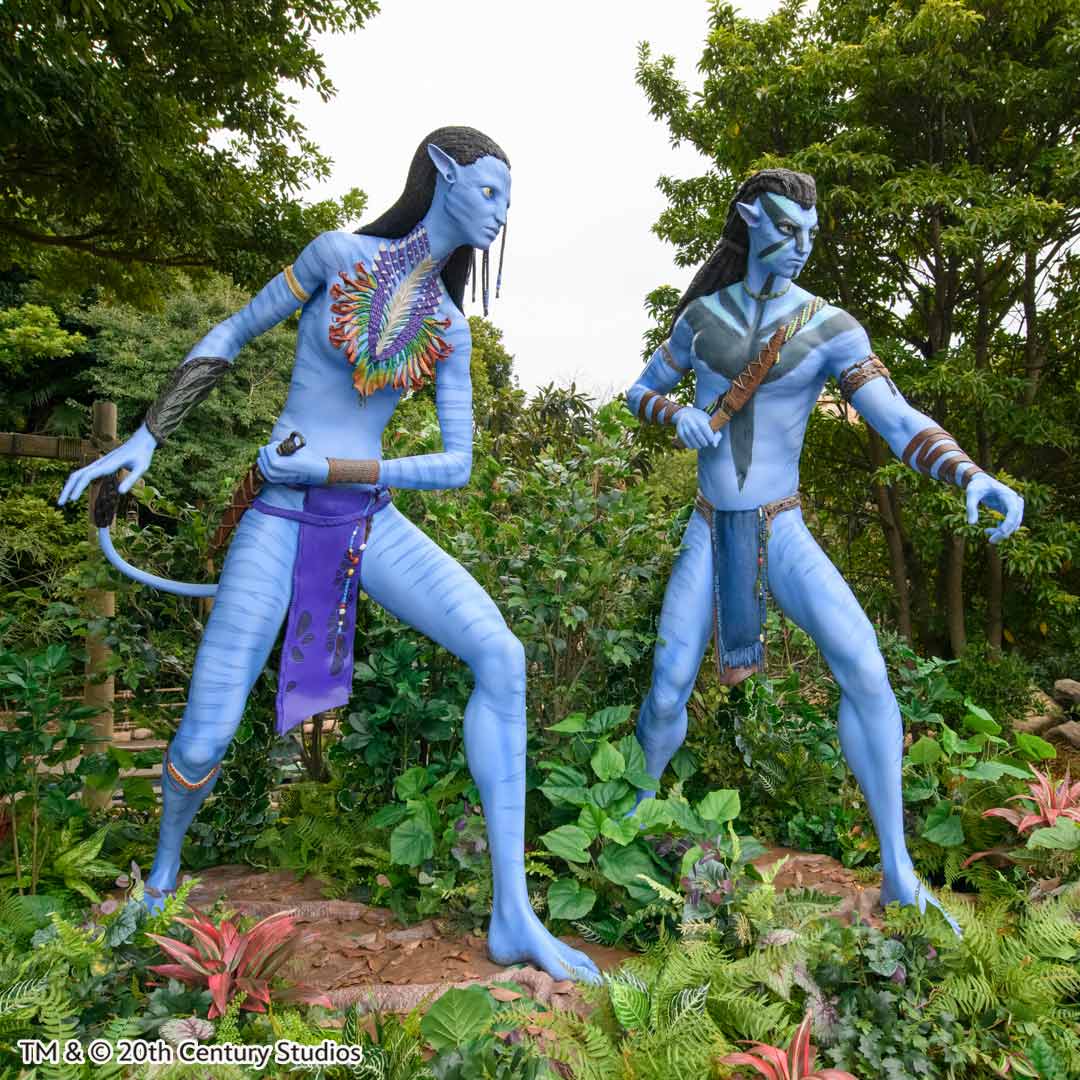 Recently we revealed a special promotion for “Avatar: The Way of Water” at Tokyo DisneySea, entirely within Lost River Delta. Now the photo spot has been installed which features life-size statues of the two main characters from the series.

The statues are installed on the walkway down from the bridge between Port Discovery and Lost River Delta, near the Mickey & Friends Greeting Trail.

The statues depict Jake Sully and Neytiri, the two Na’vi who star in each of the “Avatar” films. There is no end date for this photo spot but we assume sometime in the spring, when the Tokyo Disney Resort 40th Anniversary will kick off.

A special drink and dessert are available across Lost River Delta at Yucatan Base Camp Grill to promote the film, which releases worldwide on December 16. It’s interesting to see “Avatar” promoted here as the blockbuster franchise has never been integrated into the Tokyo parks before.