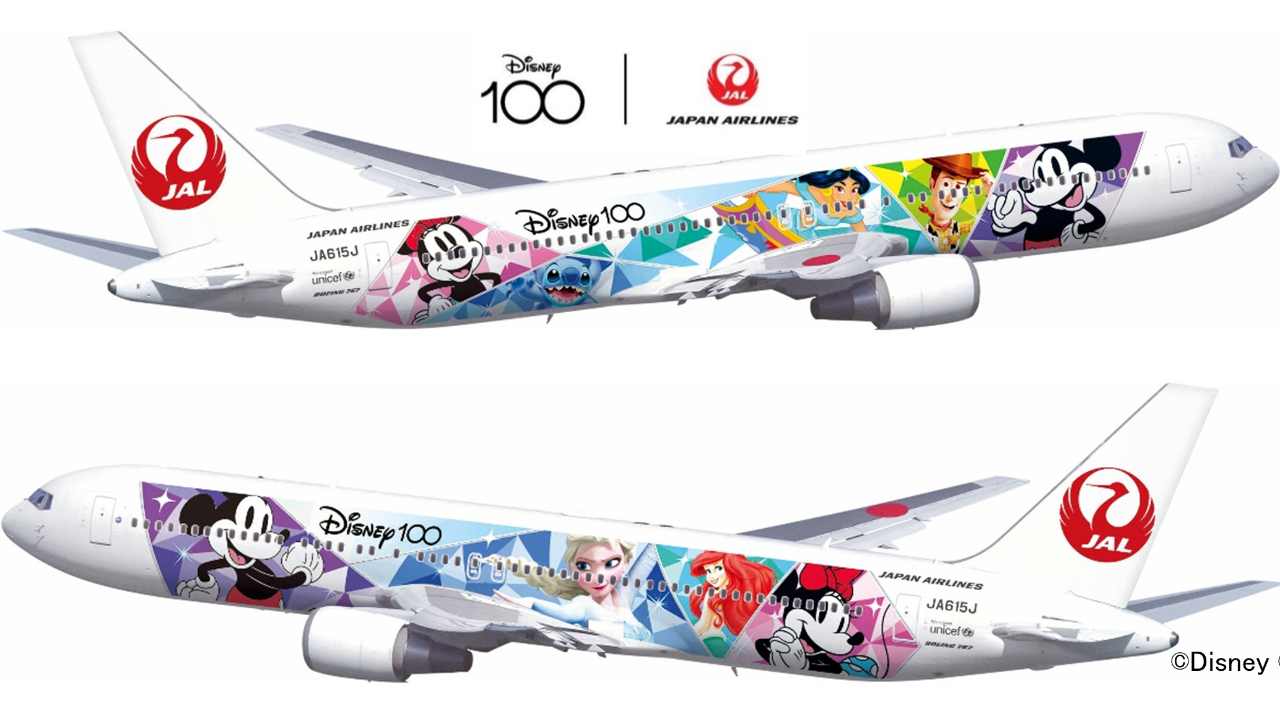 Taking to the skies just in time for the 100 Years of Wonder celebration to kick off, Japan Airlines has announced a very special livery themed to Disney’s 100th anniversary!

The special livery will be placed on a Boeing 767-300ER starting December 6, which will be renamed the JAL Dream Express Disney 100. On the right side of the fuselage will be Mickey, Woody, Jasmine, Stitch, and Minnie. On the left, we have Mickey, Elsa, Ariel, and Minnie.

Travelers can enjoy special headrest covers and paper cups during their journey. New paper cup designs are set to be introduced in the summer of 2023.

Special stickers will also be given to boarding travelers, with Mickey and Minnie given out through March, then Woody and Stitch through June. New designs will be announced throughout the plane’s service.

Its maiden flight will be Japan Airlines Flight 261 from Tokyo-Haneda to Hiroshima on December 6 at 2:00p.m., and it will operate various domestic routes which typically use a Boeing 767.

This is the twelfth JAL Dream Express design, with the last one revealed in late 2020 to be based on “Fantasia.” Travelers can board the JAL Dream Express Disney 100 plane from December 6, 2022 through February 2024. Will you book a domestic flight in Japan to experience this special design? Let us know in the comments below!