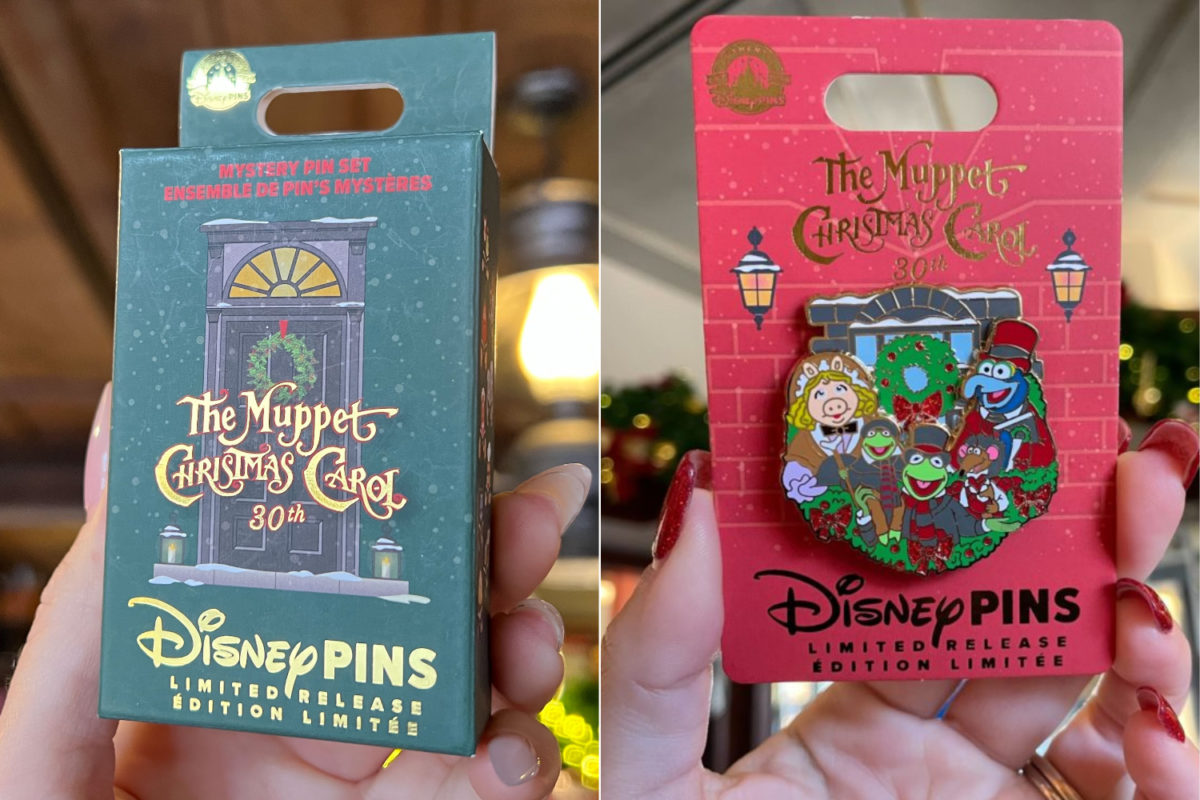 As the holidays come to a close, we found one last bit of must-have holiday merchandise — a mystery pin set and a new limited-release pin commemorating the 30th Anniversary of “The Muppet Christmas Carol” been spotted at Walt Disney World!

The “Muppet Christmas Carol” celebrates its 30th anniversary this year, and to celebrate Disney has released a limited edition pin in honor of the 1992 Muppets adaptation of the Charles Dickens classic. This limited-edition pin features Kermit the Frog and Miss Piggy as Bob and Mrs. Cratchit, Robin the Frog as Tiny Tim, Gonzo as Charles Dickens, and Rizzo the Rat.

The characters are seen happily gathered in a stone doorway surrounded by Christmas wreaths and their red bows and berries. Tiny Tim, or Robin the Frog, is sat upon Kermit’s shoulder with his crutches in hand. This pin is the latest in a whole collection of merchandise released at the Walt Disney World Resort in celebration of the movie’s 30th Anniversary.

We found this at The Darkroom at Disney’s Hollywood Studios.

This mystery pin set contains two mystery pins per box. There are nine pins total in the series. We found this at Frontier Outpost at the Magic Kingdom.

Each pin includes one or two of the Muppet characters reading from the storybook.

Will you be stopping to pick up these limited-release “The Muppet Christmas Carol” pins or is it all a bit of humbug? Let us know in the comments!

After Only Two Weeks, ‘Avatar: The Way of Water’ Crosses $1 Billion Globally