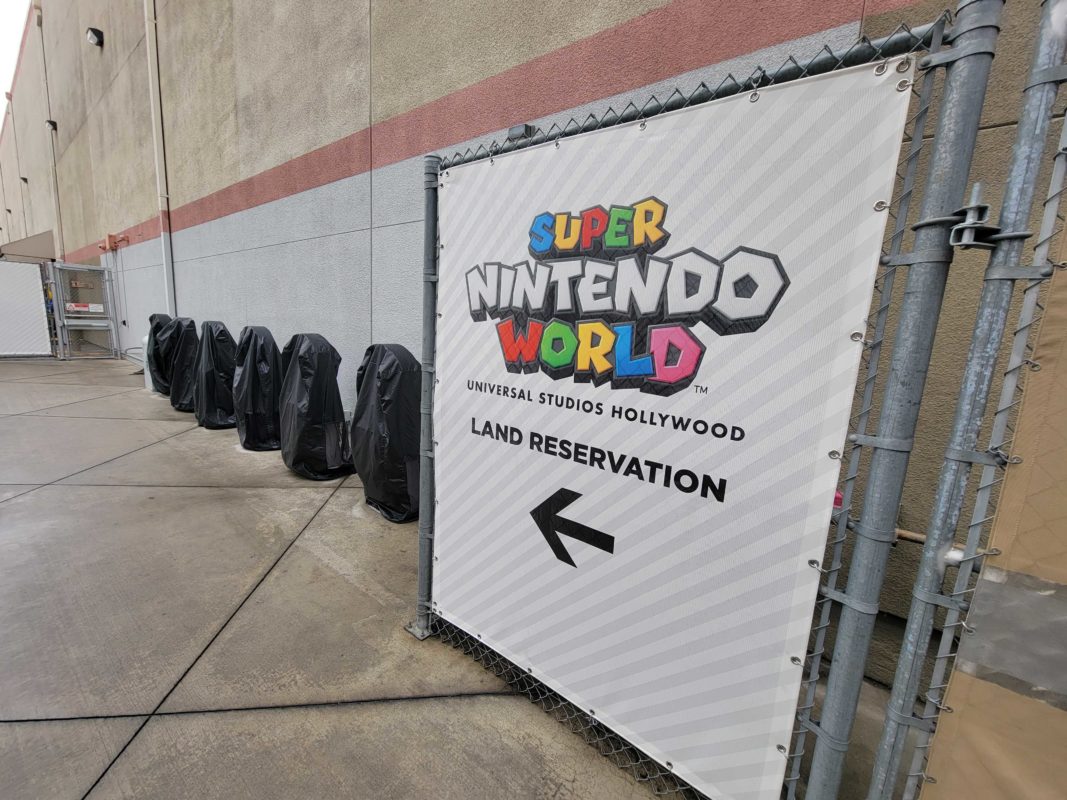 Machines have been installed in Universal Studios Hollywood to be used for making Super Nintendo World reservations.

Super Nintendo World opens February 17, 2023. The land will not require advance reservations, but if it reaches capacity, guests will need to make a reservation via the Universal Studios Hollywood app or at these kiosks.

There are six machines, all covered in black tarps for now.

Platinum Passholders will not need reservations regardless.