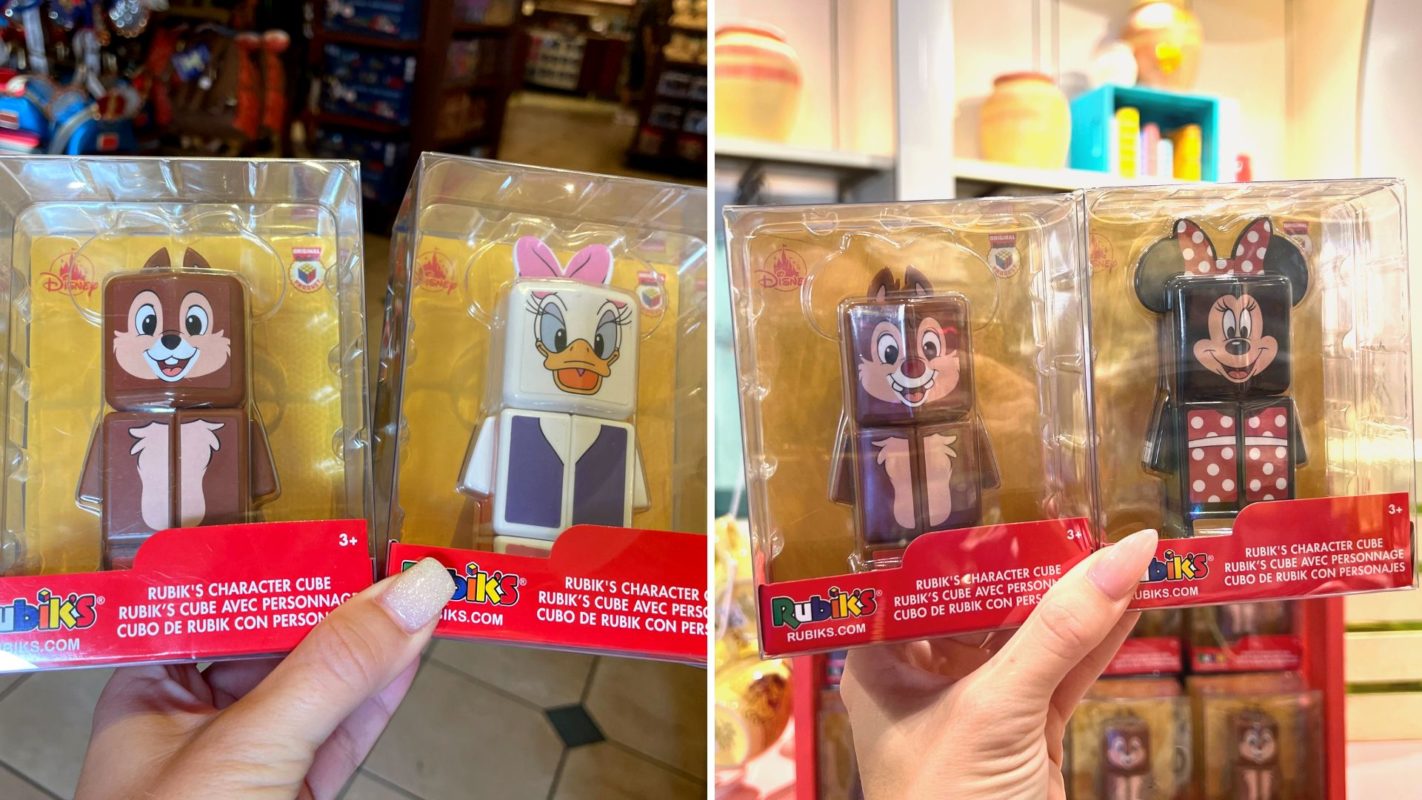 Challenge yourself and your friends with new Rubik’s “cubes” inspired by classic Disney characters, now available at Walt Disney World.

The Chip and Daisy Duck cubes were in the Emporium.

We later found Donald and Mickey in Fantasia at Disney’s Contemporary Resort.

The toys are made up of blocks that can be twisted around.

The Minnie blocks are black, with stickers of her face, bow, dress, and shoes. Her ears and bow stick out of the top block. She looks like a squared-off version of herself when solved.

She has green and blue stickers on her sides.

Chip and Dale are both made of brown blocks.

Hint: you can tell the Chipmunks apart by their noses. Dale has a large red nose while Chip has a small black “chocolate chip” nose.

One side of the chipmunks is green, while the other side is blue.

The different colors help you solve the puzzle.

Daisy is in a purple dress, with pink shoes and a pink bow.

Her sides are orange and red.

Donald’s sides are orange and red too, clashing with his blue sailor suit.

Like Chip and Dale, Mickey has green and blue sides.

Are you hoping to solve one of these Disney character puzzles? Let us know your favorite in the comments.

For another challenge, pick up the Walt Disney World 50th anniversary Rubik’s Cube.

New 'The Nightmare Before Christmas' Merchandise Arrives at the Disneyland Resort for Halloween 2022August 9, 2022
Disneyland Resort to Livestream Disney100 Kickoff from Disneyland on January 27January 24, 2023
Over 12 Inches of Rain Observed at Walt Disney World During Hurricane IanSeptember 29, 2022