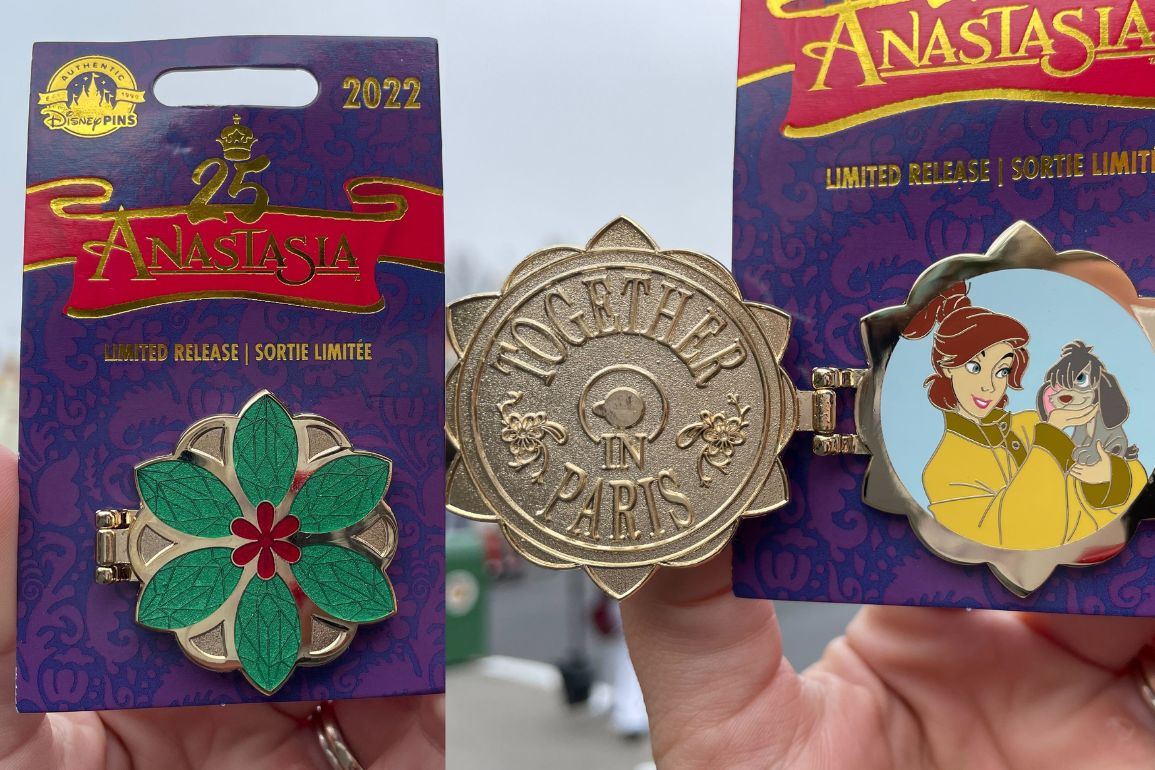 Disney acquired “Anastasia” back in 2019 when they acquired 20th Century Fox, but no merchandise related to the classic movie has appeared in Disney Parks until recently. Today, we found a new Limited Release 25th Anniversary pin dedicated to the film.

We found this Limited Release pin at the Darkroom in Disney’s Hollywood Studios. It celebrates the films 25th anniversary.

This pin looks almost equivalent to the pendant necklace Anastasia’s grandmother gave her in the featured film. The flower depicted on the front of the pin is a Russian lotus.

The pin opens to show “Together In Paris” engraved on one side and a picture of Anastasia and her puppy, Pooka, on the other.

“Together In Paris” was the loving promise Empress Marie gave her granddaughter, Anastasia, meaning that they would soon be living in Paris together. This is exact engraving is modeled after the fictional pendant necklace, that also served as a key to Anastasia’s musical box.

Are you excited more “Anastasia” merchandise is available in Walt Disney World? Let us know in the comments.