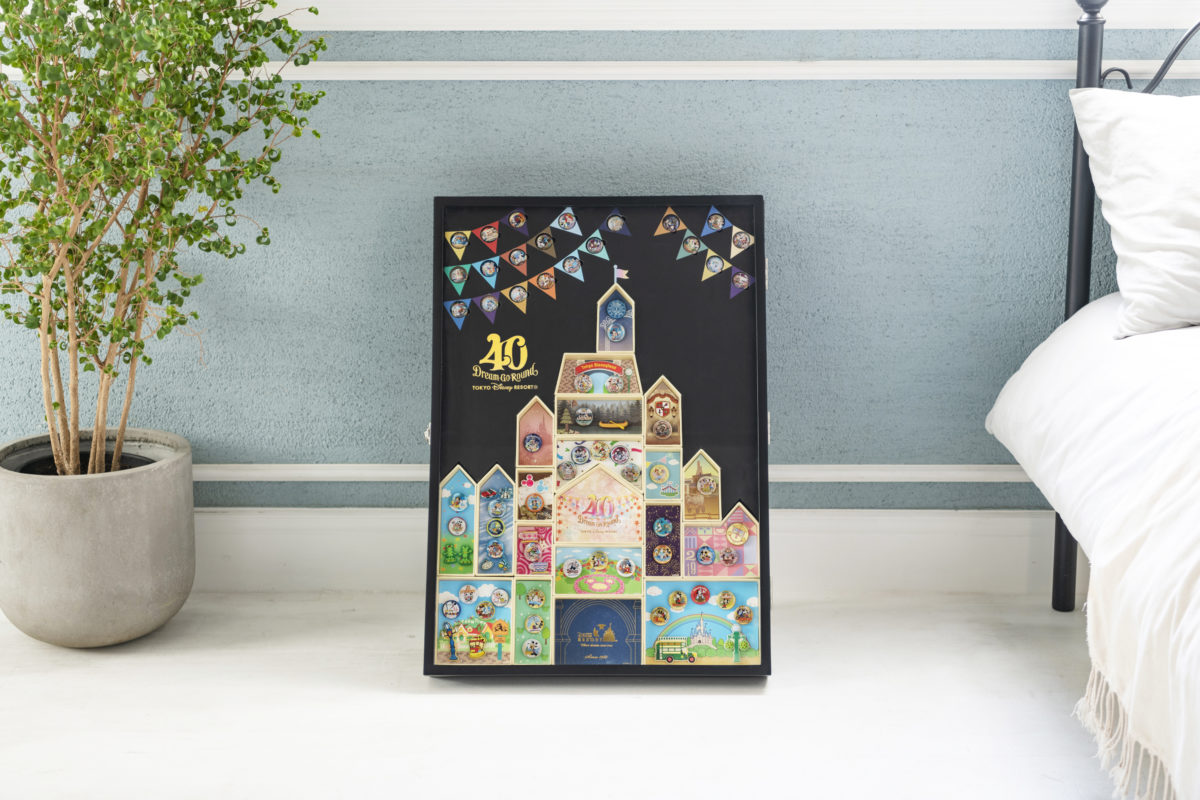 As Tokyo Disney Resort’s 40th Anniversary “Dream-Go-Round” celebration inches closer and closer, the Oriental Land Company is introducing a special monthly collection for the first three months of the year. This new “Showcase of Dreams” will commemorate every anniversary of both Tokyo Disneyland and Tokyo DisneySea’s openings going all the way back to 1984!

The Showcase of Dreams will come in three parts, each arriving separately across three months. The massive frame weighs a whopping 13 pounds or 6kg on its own.

The frame contains spaces for each of the mini-dioramas shipped across the three month window. The flags atop are meant to hold the various Tokyo DisneySea can badges, and the 40th Anniersary logo is printed to the side.

Included across all three shipments are miniature versions of the can badges released for each of the 60 anniversaries over the resort’s history so far, 39 for Tokyo Disneyland and 21 for Tokyo DisneySea.

There are various designs for the mini-dioramas, depicting everything from locations like Toontown and the park’s entrance sign at World Bazaar to the confetti of the 35th Anniversary and the lit arches from Cinderellabration: Lights of Romance, the annual winter event from 2003 to 2008.

Also included are magnets which represent sights at the park past and present, including the Jolly Trolley, the Omnibus, the clock on Cinderella Castle, and former attractions like the Skyway, Grand Circuit Raceway, and Star Jets.

The can badges and magnets will adhere magnetically (of course) to each of the mini-dioramas, which can be displayed outside of the frame as well.

The Showcase of Dreams will be available through the mail to guests living in Japan only via the Tokyo Disney Resort App starting on January 17, and guests must hold a valid park ticket for the day to purchase.

Do you wish you could display the Showcase of Dreams at home? Let us know in the comments below!