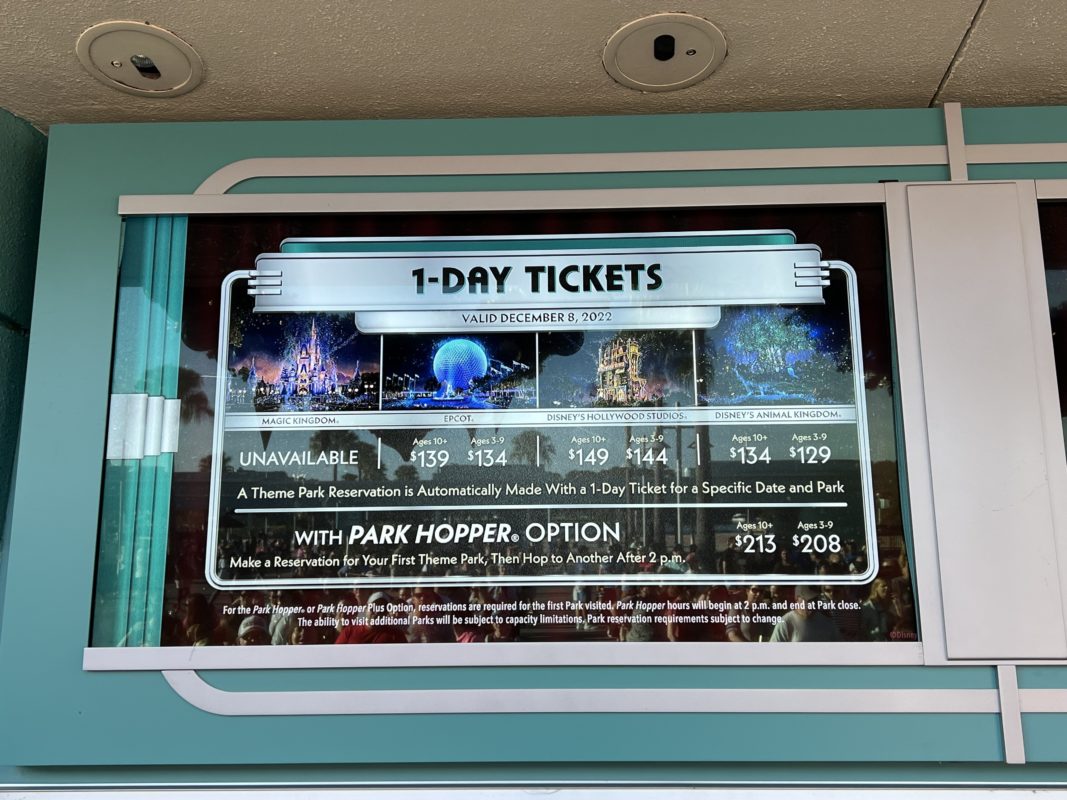 The price ranges for each park are listed below.

At this time, the $189 price at Magic Kingdom is only for nine days around Christmas and New Year’s Eve.

Here’s what the process looks like for the new pricing model.

The calendar will show the lowest ticket price, which will almost always be Disney’s Animal Kingdom.

Once you select a date, you will be asked to select a park. Here is where the individual park prices will be shown.

Walt Disney World has utilized park-specific pricing in the past. Previously, Magic Kingdom ticket prices were higher than the price for EPCOT, Disney’s Hollywood Studios, and Disney’s Animal Kingdom.