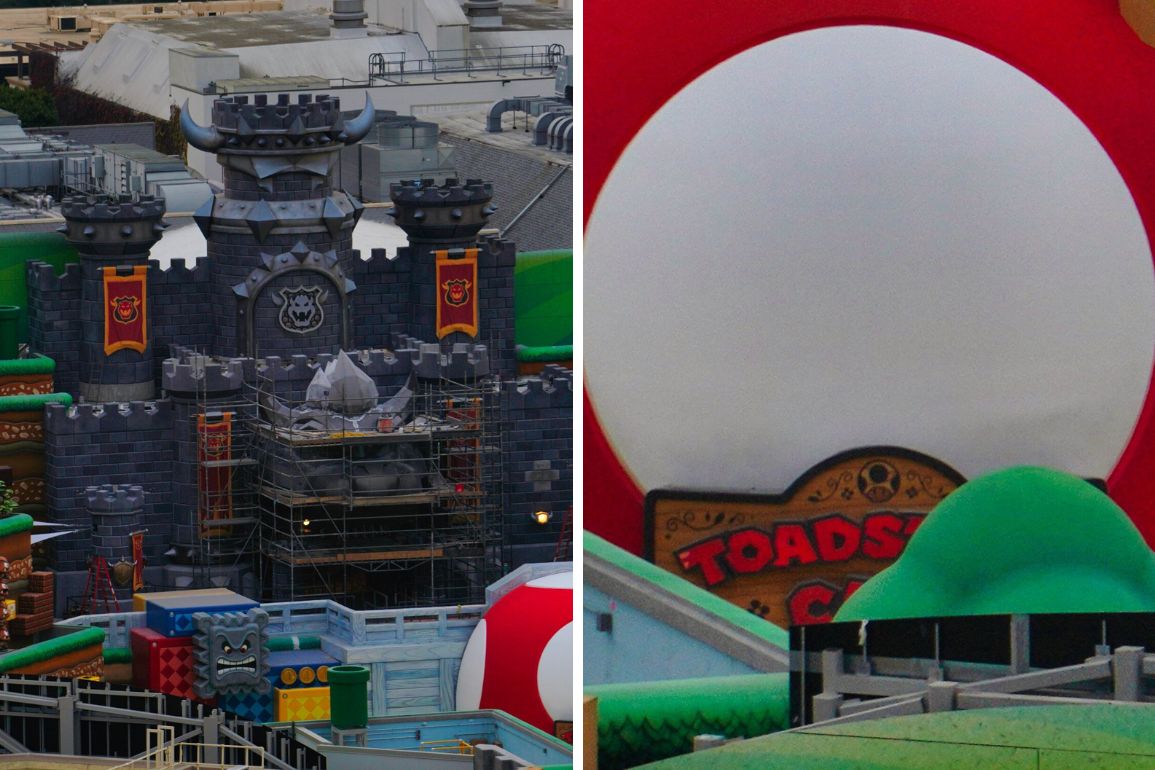 Mario fans can rejoice this Christmas week, as progress continues at Super Nintendo World at Universal Studios Hollywood. The new land is expected to open to guests in February 2023, but we have a sneak peek at a few new details that have been installed this week.

A stone-looking crest featuring the head of Bowser was added to the front of the castle earlier this month, with horns protruding from either side. Bowser’s Castle will also serve as the entrance point for the highly anticipated Mario Kart: Bowser’s Challenge attraction.

The red lettering in theme with classic Super Nintendo World sits on an ornate wooden frame that features ornamental vines and Chef Toad top and center. These are the latest additions to the Super Nintendo World coming to Universal Studios Hollywood, but progress has been rapidly continuing throughout the past few months. The new land is set to open in February 2023.