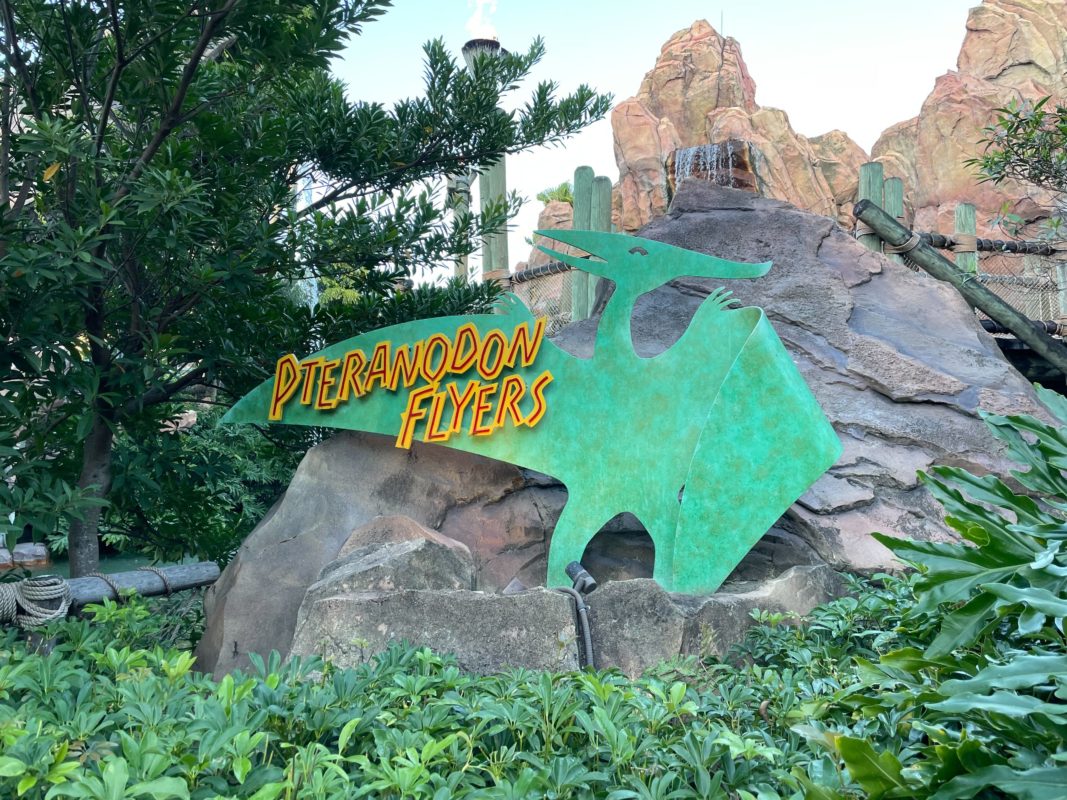 Earlier this month, the beloved kids’ glider ride Pteranodon Flyers closed unexpectedly for an indefinite refurbishment. After later being promised a Christmas Day reopening, the attraction has officially reopened early!

The fun glider attraction is located in Camp Jurassic in the Jurassic Park area at Universal’s Islands of Adventure.

Pteranodon Flyers is perhaps most notable for being the only attraction at Universal Orlando Resort which requires the rider to have a child in tow in order to ride. Adults may not ride solo or with other adults, a child between the height of 36 and 56 inches is required.

The attraction shut down unexpectedly on the morning of Sunday, December 4 and did not reopen. We know that about half of the Jurassic Park area and “Skull Island: Reign of Kong” attractions were closed on that same morning. Team Members were not allowing anyone into that area of the park.

The fire department came to the rescue that morning. They arrived to evacuate some guests from the Pteranodon Flyers, according to reports. Though we were reassured that this happens with the attraction occasionally, it still failed to reopen for weeks.

Now, little guests and the big kids-at-heart accompanying them can soar above the park once more!

This isn’t the first time this year Pteranodon Flyers has closed unexpectedly. Issues which arose in May prompted the attraction to suddenly close for emergency maintenance for a two week period.

Are you excited to see Pteranodon Flyers open again? Let us know in the comments below!