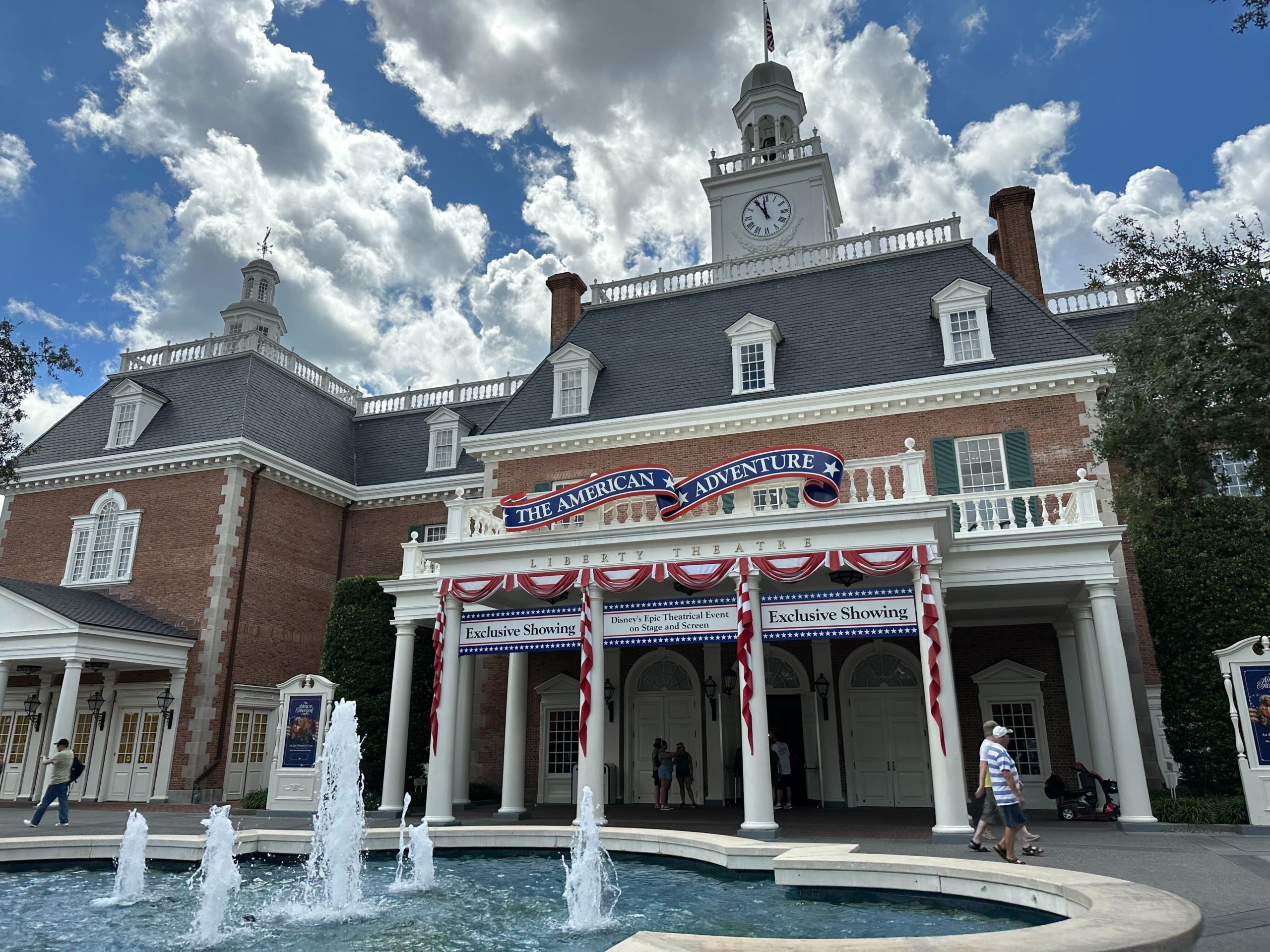 The American Adventure has reopened today, as our sources previously indicated, after an extended refurbishment. The attraction at World Showcase in EPCOT has been closed since mid-September.

It was originally scheduled to reopen on December 17, but it failed to reopen. The Walt Disney World website briefly displayed hours for December 19, but it did not reopen that day, either. Our sources indicated that it would be delayed until December 23.

The Hall of Flags

The carpet has either been replaced or received a very deep cleaning. It felt and looked new.

A stylized version of the Seal of the United States of America occupies some of the diamonds.

The show itself is the same as it has been since 2018, when the finale montage was updated.

You can enjoy the full show in our video above.

The stylized Great Seal icon also sits in some diamonds inside the theater.

Like the queue, the exit has been accordingly recarpeted.

We’re very glad to see The American Adventure back open once more and sharing the golden dream with all guests! But how about you? Let us know if you’re excited in the comments below!

2 thoughts on “PHOTOS, VIDEO: The American Adventure Reopens at EPCOT After Extended Refurbishment”