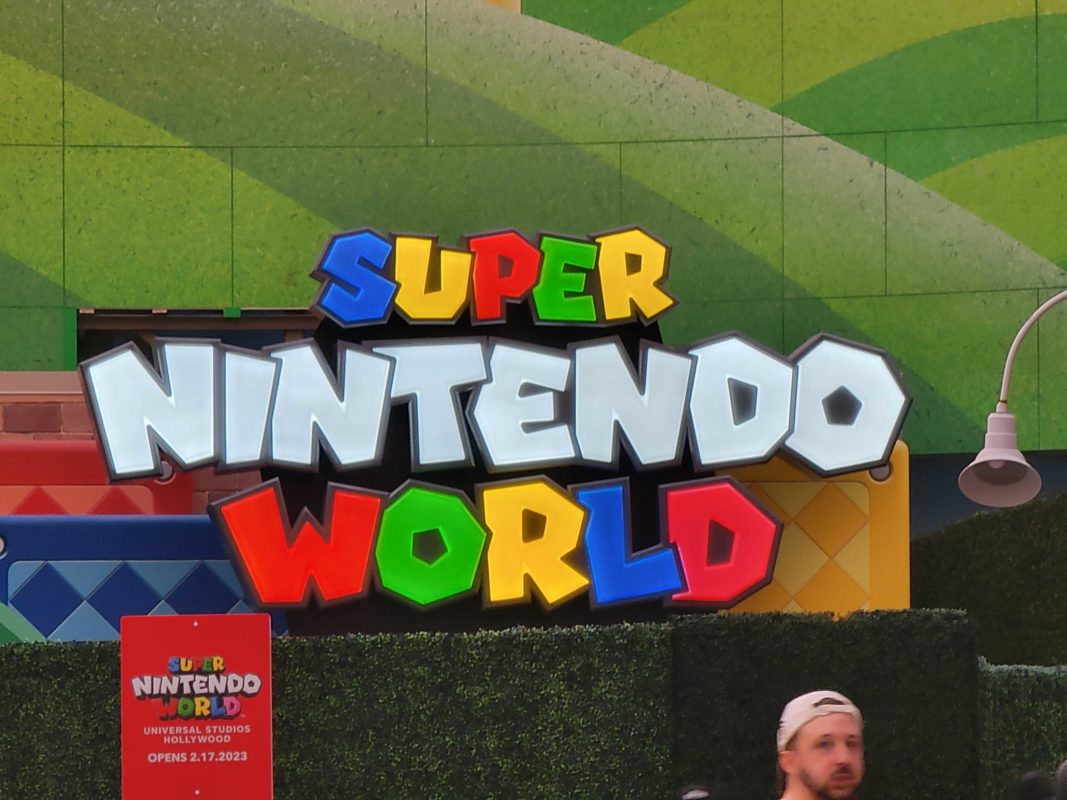 We’re now less than two months from the first Super Nintendo World outside of Japan opening to the world, and we can’t contain our excitement! So right before the holidays, we figured we’d stop on by to check out the latest happenings in the Mushroom Kingdom!

Things are starting to wrap up in the land, but even two days before Christmas, crews are still hard at work!

Toadstool Cafe painting has just about finished up it looks like!

Scaffolds are back up around Bowser’s face to put the finishing touches on. The sign also appears to have been installed for Toadstool Cafe.

Animation testing was underway for this Piranha Plant figure and the coins near it.

New signage is up to direct guests to locations where they can make reservations for Super Nintendo World.

As the day turned to twilight, we noticed something extra cool — the entrance sign is lit for the first time!

Obviously it can be a bit hard to tell when it’s not fully dark, but the sign is fully lit for testing, and the LED panels in the Warp Pipe were also being tested.

We’re very excited to journey through the Mushroom Kingdom, take a spin on Mario Kart: Bowser’s Challenge, and chow down at Toadstool Cafe when Super Nintendo World opens at Universal Studios Hollywood on February 17, 2023! If your anticipation is just too high, you can check out our full guide to everything about the original Super Nintendo World at Universal Studios Japan, we have coverage of it all. Are you ready? Let us know in the comments below!