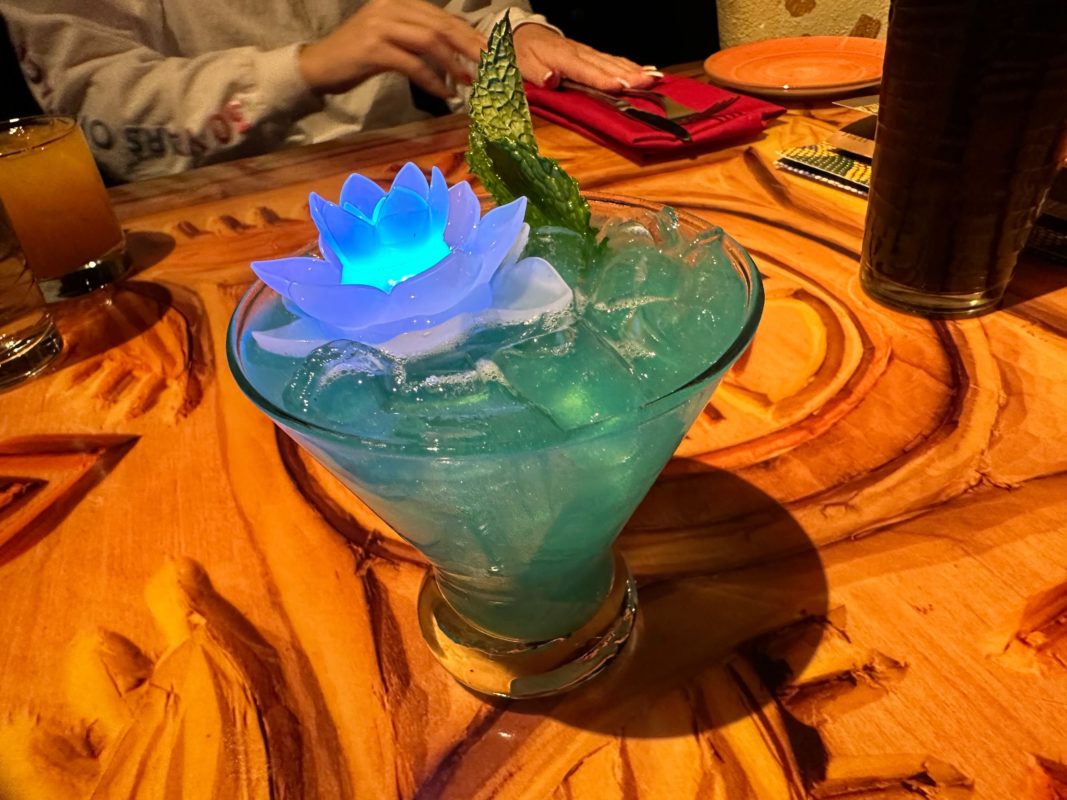 With “Avatar: The Way of Water” now in theaters and the synergy machine in full swing from Walt Disney World to Shanghai Disneyland, we weren’t surprised at all to find a new cocktail themed to the film on our latest visit to Sanaa at Disney’s Animal Kingdom Lodge. This drink is also available at Victoria Falls Lounge and Boma: Flavors of Africa.

The new blue drink takes quite a photo, very true to the clear blue waters of Pandora shown in the film.

Unfortunately its beauty oversells the drink experience itself. It tastes like an elevated version of the cart cocktails at Disney’s Hollywood Studios. It’s less syrupy, but it’s basically a fruit juice and alcohol cocktail. And even then, the alcohol is fairly masked. We were somewhat disappointed, especially up against the near-impeccable food team at Disney’s Animal Kingdom Lodge. Every cocktail at Victoria Falls Lounge, every dish at Sanaa, even down to the counter-service outlets are solid at worst and incredible at best, which leaves this a weak contender.

All in all, we’d probably recommend skipping this one.

Of course, you can still head over to Disney’s Animal Kingdom to try the new Ocean Moon Bowl, Ilu Kiwi Margarita, and Metkayina Mousse at Satu’li Canteen if you’re looking for the tastes of Pandora to celebrate the new film! And let us know your thoughts on this drink in the comments below.