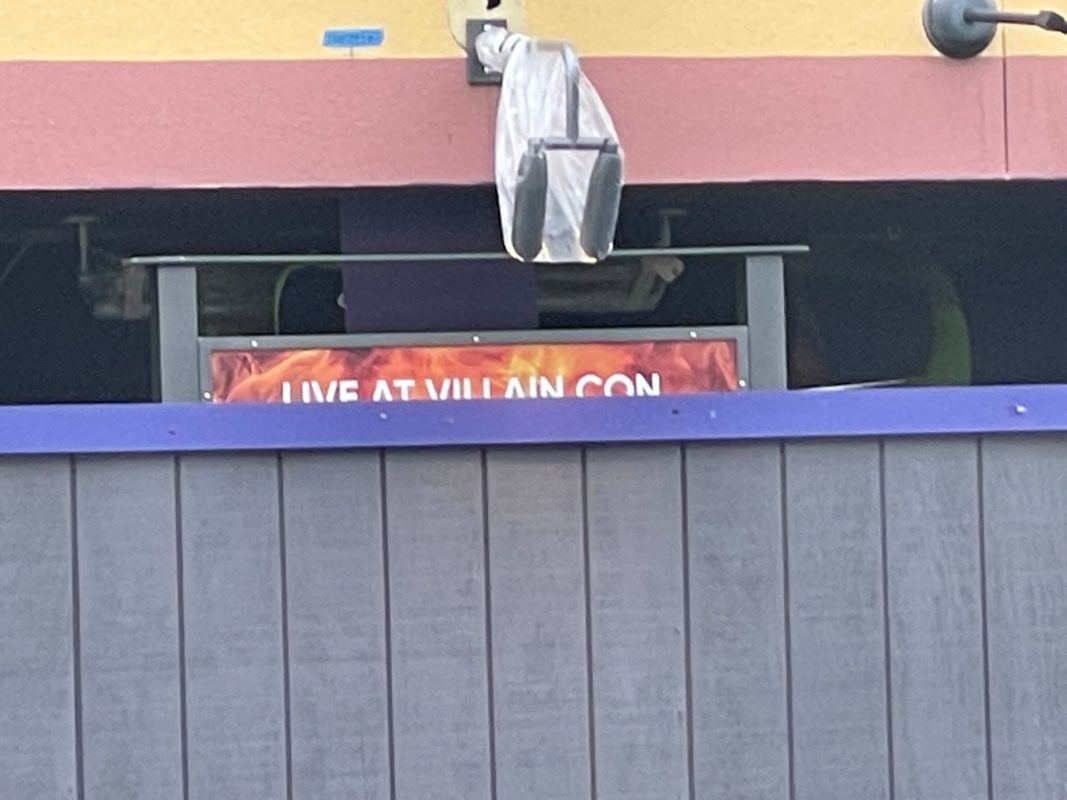 Now that Villain-Con Minion Blast has been officially announced to replace the retired Shrek 4-D attraction at Universal Studios Florida, exterior theming is being added. We spotted themed posters in the queue today.

Illumination’s Villain-Con Minion Blast will be an interactive attraction in which guests “blast your way to supervillain stardom.”

The poster frames are a holdover from Shrek, which lined the queue with storybook pages and posters for fake attractions like the “Enchanted Tick Room.”

One poster is advertising “Live at Villain-Con” against a firey background.

This poster appears to have Scarlett Overkill on it.

Another features Balthazar Bratt, the villain from “Despicable Me 3.”

Universal describes the future attraction as immersive and game-based, using  “innovative screen technology, state-of-the-art gaming interactivity, and elaborate physical sets to transport guests to Villain-Con – the biggest criminal convention on the planet – to take part in an epic competition to see if they have what it takes to become the newest member of The Vicious 6, a notorious group of supervillains from the hit film, “Minions: The Rise of Gru.”

Guests who are up for the challenge will grab an interactive blaster and step onto a motion-based pathway to put their skills to the test. They’ll wind and glide through various scenes where they earn points by blasting a variety of items and causing as much mayhem and destruction as possible.”

Villain-Con Minion Blast and the Minion Café are set to open in summer 2023.