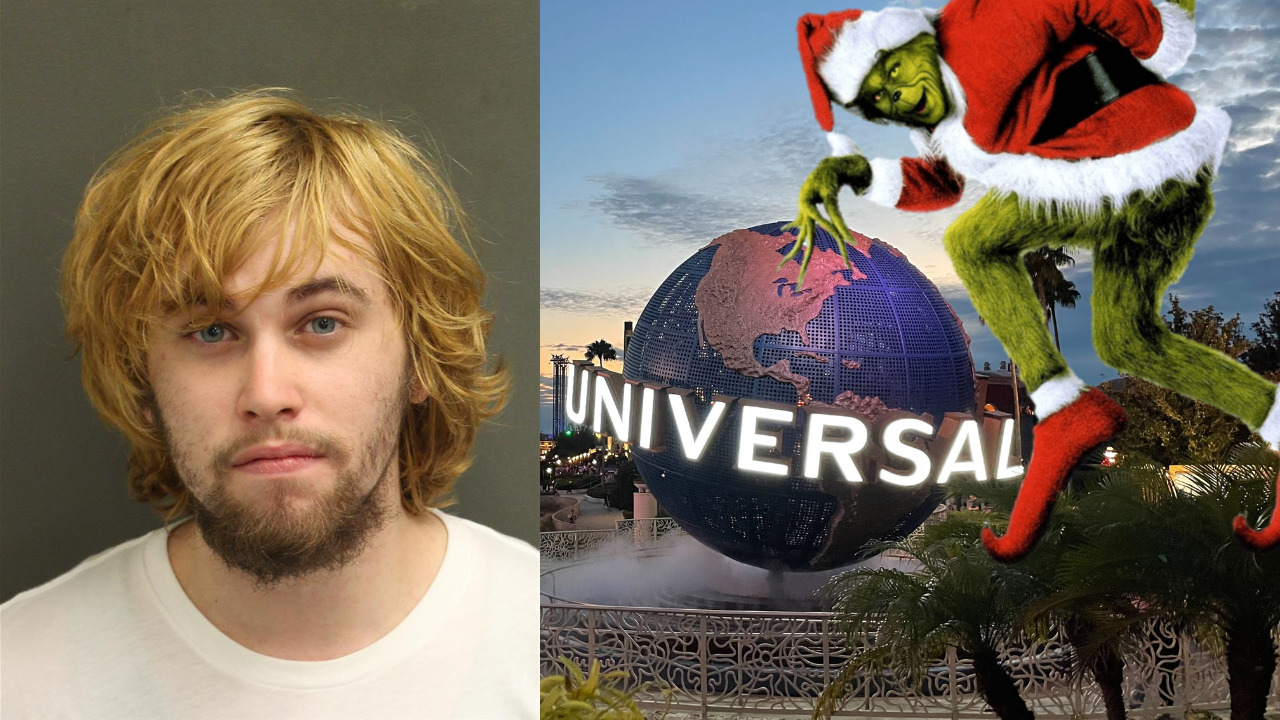 A woman in a wheelchair had two bags of stolen Universal Orlando merchandise hidden under a Grinch blanket on her lap, according to a new Orlando Police report. The woman, however, wasn’t arrested or charged with a crime, but a man in her company, Alexander Gill, was.

Gill, 22, of Avon Park, was charged with third-degree felony grand theft for stealing items worth more than $750, according to Orange Circuit Court records.

The woman and Gill were inside the Universal Studios Store when a loss prevention officer noticed Gill take a retro pin set worth $16 from a display and then hide it in his back pants pocket in another location of the store, according to a newly released police report.

Gill didn’t pay for the pin set, so the officer confronted him and requested the trinkets back.

Gill was arrested for taking the Universal merchandise. All the stolen items, 41 in total, were worth about $775, the police report said.

Orlando Police did not respond immediately to questions why the woman was not arrested and if she was aware the items were stolen. WDWNT also asked what was her relationship with Gill. Those details were all missing in the police report. We’re not naming the woman’s identity because online court records show she wasn’t charged with a crime.

Gill is represented by the Orange County Public Defender’s Office which did not immediately return a message for comment Monday. Gill pleaded not guilty last month, according to Orange Circuit Court records.

Disney Stock Tumbles, Some Blame it on “Avatar: The Way of Water” Box Office Performance

1 thought on ““You’re A Mean One, Mr. Guest!” Thief Caught Stealing Merchandise at Universal Orlando (Not by Cindy-Lou Who) Under The Grinch Blanket”