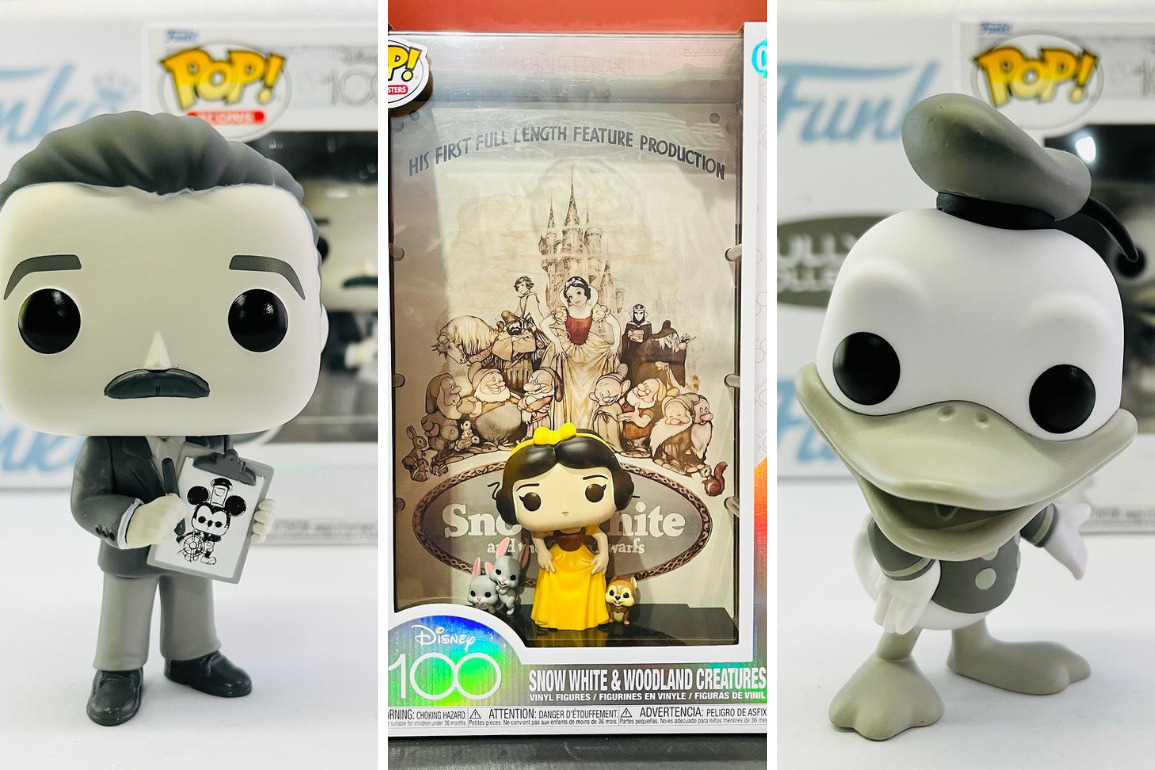 A new wave of Funko POP! vinyl figures are on the way for the 100th anniversary of The Walt Disney Company, including Goofy, Donald, Walt Disney, and more.

Instagram user @bullyboycollectibles has shared the first look at some of the upcoming Disney100 pop vinyls.

The Goofy figure is black and white-style. He’s wearing a vest and holding a noisemaker.

Donald is also in grayscale.

The third grayscale figure is Walt Disney, holding a sketch of Mickey Mouse from “Steamboat Willie.”

The Hakuna Matata POP! Moment has also been branded as part of the Disney100 celebrations. It features Timon, Pumbaa, and Simba strutting across the log in the iconic scene from “The Lion King.”

Celebrating the company’s first feature-length film is a Funko POP! Movie Poster for “Snow White and the Seven Dwarfs.” The included figures are Snow White with rabbits and a squirrel.

Will you be adding any of the Disney100 Funko POP! figures to your collection? Let us know in the comments.