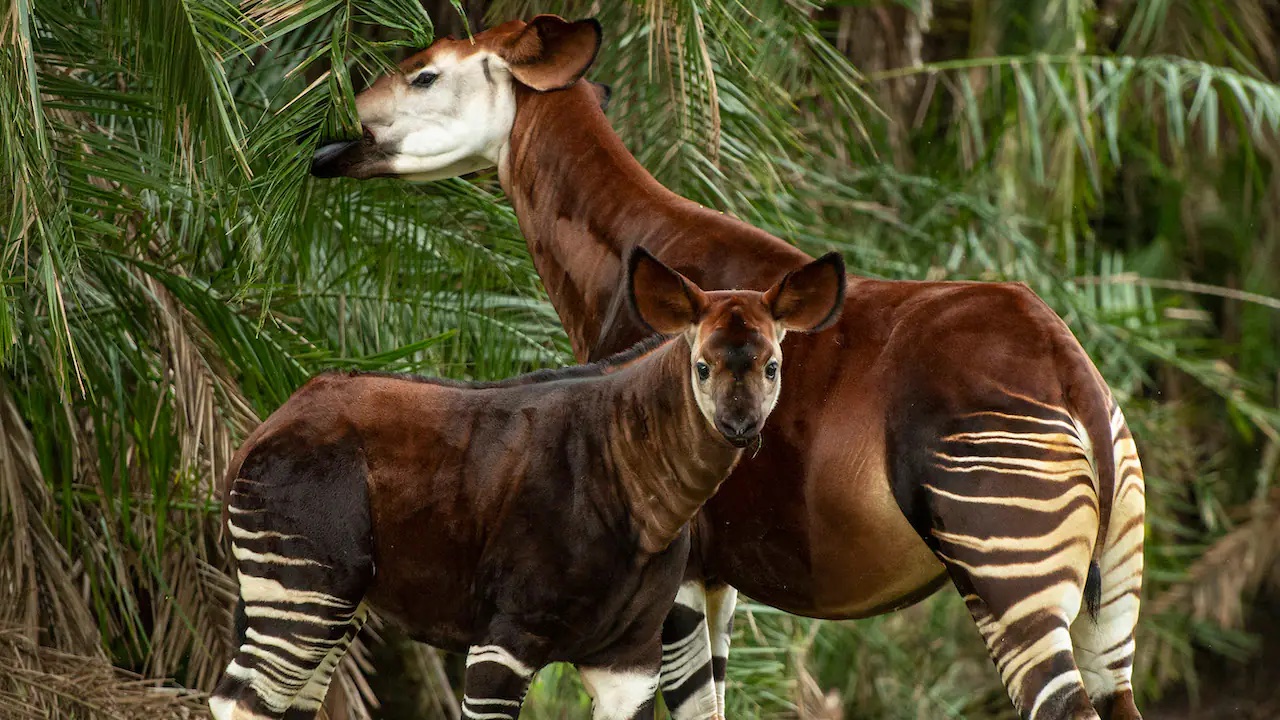 Beni the baby okapi, born in July 2022 at Disney’s Animal Kingdom Lodge, has now been introduced to the resort’s Pembe Savanna and can be seen by guests.

Beni has grown to four feet tall and weighs approximately 230 pounds. He still sticks close to his mom, Oliva, but is becoming more independent, Disney says.

Okapi, famous for their markings with zebra-like legs, are actually more similar to giraffes than zebras. According to UNESCO, there are roughly 30,000 Okapi in the wild, making this birth a celebrated addition to the population of Okapi.

Beni is named after a village in the Democratic Republic of Congo where Okapi are found in the wild but endangered.

Beni’s birth to Olivia and dad Elombe was part of the Association of Zoos and Aquariums Species Survival Plan to ensure the responsible breeding of threatened and endangered species in managed care.

Most World Drive Lanes Closed Due to Car Accident at Walt Disney WorldDecember 31, 2022
VIDEO: Where to Spot 'Hidden Mickey' Popcorn in the Mickey & Minnie's Runaway Railway Queue at D...January 25, 2023
Disney's Typhoon Lagoon Will Be Closed January 22 & 23 Due to Low TemperaturesJanuary 21, 2022