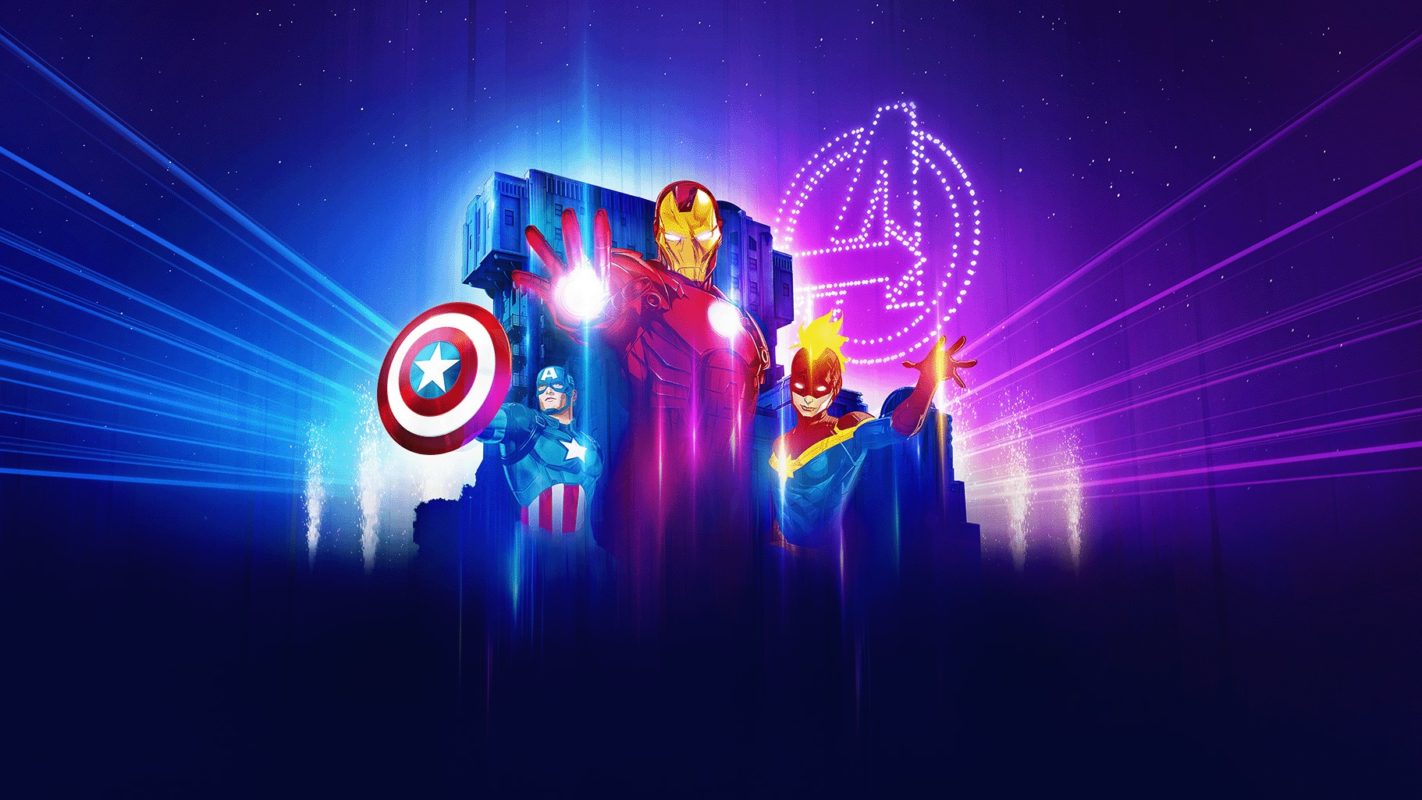 As part of the Grand Finale of the Disneyland Paris 30th anniversary, a new “Avengers: Power the Night” drone show is coming.

The show will be performed nightly at Walt Disney Studios Park from January 28th through May 8th, 2023.

It will be the first nighttime drone show dedicated to Marvel Super Heroes in a Disney Park. Featuring music, lights, pyrotechnic effects, and video projections, “Avengers: Power the Night” will use 500 drones to form icons representing the powers of iconic Super Heroes, including Captain America, Captain Marvel, Scarlet Witch, and for the first time at Disneyland Paris, Shang-Chi.

An Avengers drone show was performed during the grand opening weekend for Avengers Campus in Paris. The new show will perform similar effects with the drones but will also involve projections onto the Tower of Terror.

Watch the video below to see the show directors discuss the development of “Avengers: Power the Night.”

It will feature some of the “most iconic Marvel scores that have been specially reorchestrated with a symphony orchestra composed of more than 70 musicians at the famous Abbey Road Studios in London.”

The laser projectors that will be used are energy efficient as part of the initiative to reduce energy consumption at the parks.

Disneyland Paris collaborated with Bordeaux-based company Dronisos, which was recently named the official technology provider of the resort for the second year in a row. The companies previously collaborated on the 30th Anniversary’s nighttime drone show “Disney D-Light,” which was named “Best Live Entertainment 2022” during the Park World Excellence Awards Ceremony in September 2022.