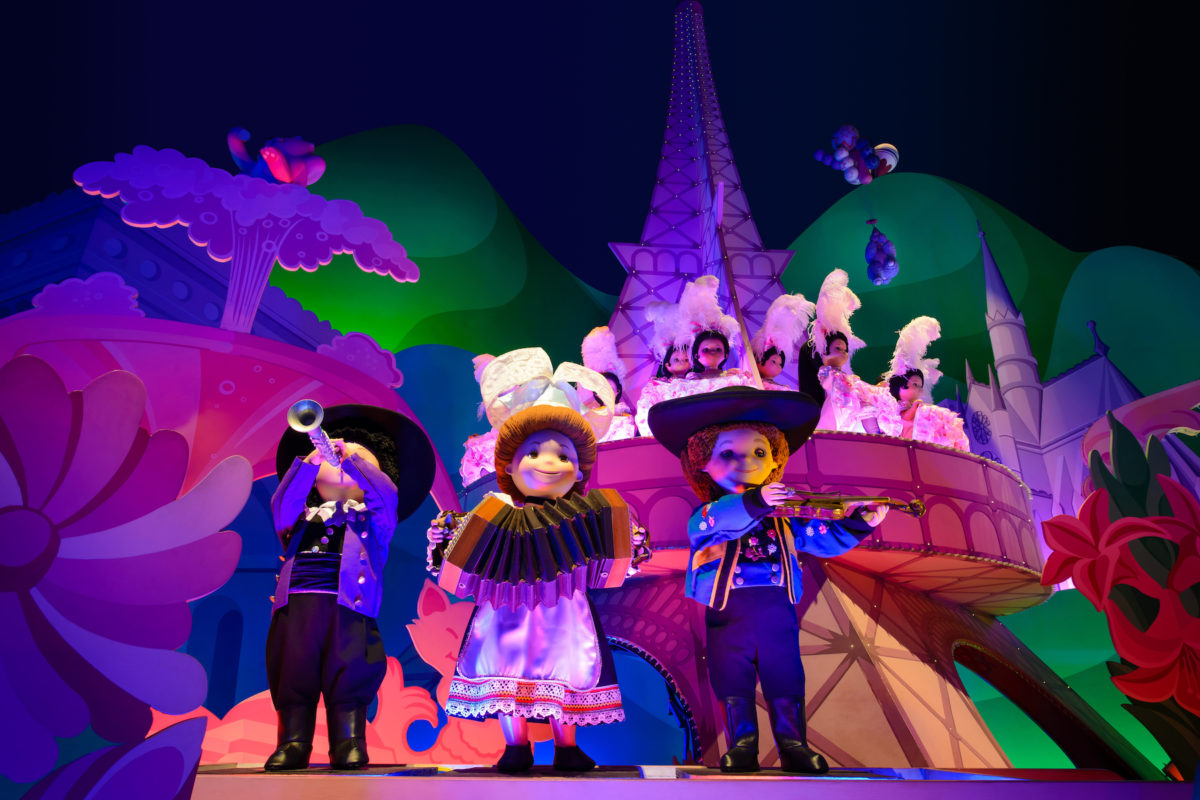 “it’s a small world” will reopen at Disneyland Paris this spring after an extended refurbishment.

“it’s a small world” was an opening day attraction at Disneyland Paris, which began welcoming guests in 1992. The park is celebrating its 30th anniversary, but the ride has been closed for refurbishment since November 2021. It was initially expected to reopen in November 2022, but the refurbishment was extended.

An exact reopening date has not yet been announced.

Much of the ride was repainted, including the façade, which was last repainted five years ago. Some wooden elements were replaced with composite materials.

Ride control systems are also expected to have been replaced, and the control tower used by Cast Members was set to be enlarged. Other backstage areas are reported to have received flooring and electricity updates.

As for the ride scenes, lighting and hydraulic systems were supposed to be updated. Approximately half of the dolls are to be replaced. It’s unknown at this time if the new dolls in wheelchairs will be in place, or if that addition will come later this year.

Disney also reportedly took this opportunity to remove asbestos that was used in the construction of the A/C system and framework of the building. Asbestos was not banned in France until 1997, five years after the opening of Disneyland Paris. The amount of asbestos in the building is not higher than the legally permissible level — so it has not been a significant danger to guests and Cast Members.

Are you excited to ride the refurbished “it’s a small world” at Disneyland Paris when it reopens? Let us know in the comments.