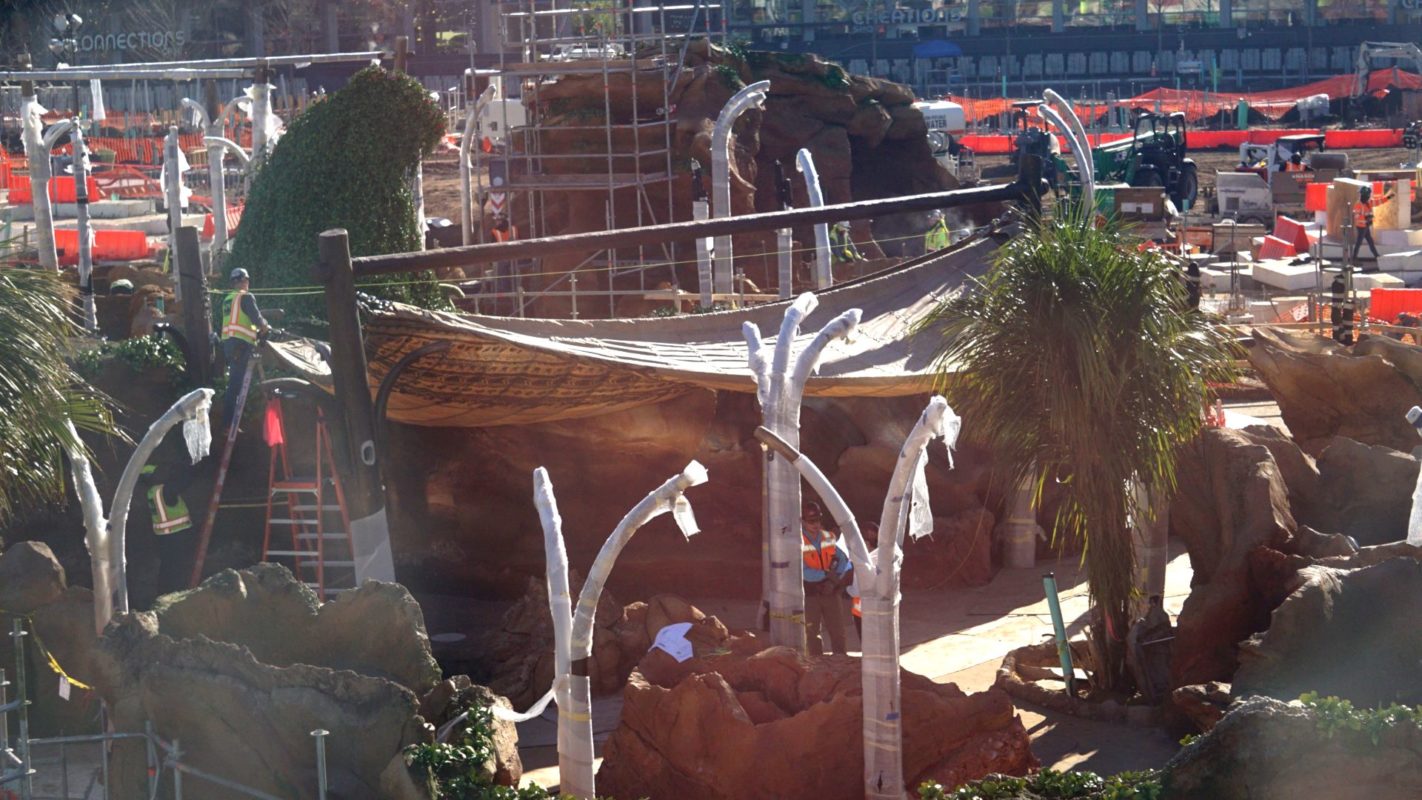 Themed canopies have been installed over a walkway in Journey of Water, Inspired by “Moana” at EPCOT.

The orange canopies hang from the brown archway and poles installed last month. The other poles in the area still wrapped in plastic are for lamps.

The canopies won’t cover the entire attraction but will provide shade for this section. Trees and the tall rock structures will help provide shade elsewhere.

A crew member on a ladder was working on securing one canopy, while another crew member helped from the ground. Two others were sheltering under a canopy that was already installed.

The top of the canopies are solid colored, but there are patterns on the bottom (keep scrolling for a closer look).

The two triangular canopies are right next to each other. They are around the corner from the 16-foot-tall Te Fiti statue, which will overlook a body of water.

The rocks around the canopies seem to be mostly completed and covered in moss and plants.

Still, some concrete walls remain exposed and within view of the Monorail. Orange net fencing and caution tape surround some areas past the concrete.

These two steel structures cover some of the attraction’s machinery.

From the ground, we could see the underside of the canopies, which feature a dark brown or black pattern.

The undersides aren’t completely covered in the pattern.

Here’s a look at the concept art featuring the canopies. Guests will enter the attraction near the rock featuring Te Fiti’s swirl (visible beyond a tree below).

Check out our list of every new attraction coming to Disney Parks in 2023, which includes Journey of Water, Inspired by “Moana.” The walkthrough attraction may include some MagicBand+ interaction.

2 thoughts on “PHOTOS: Themed Canopies Installed at Journey of Water Inspired by ‘Moana’ in EPCOT”