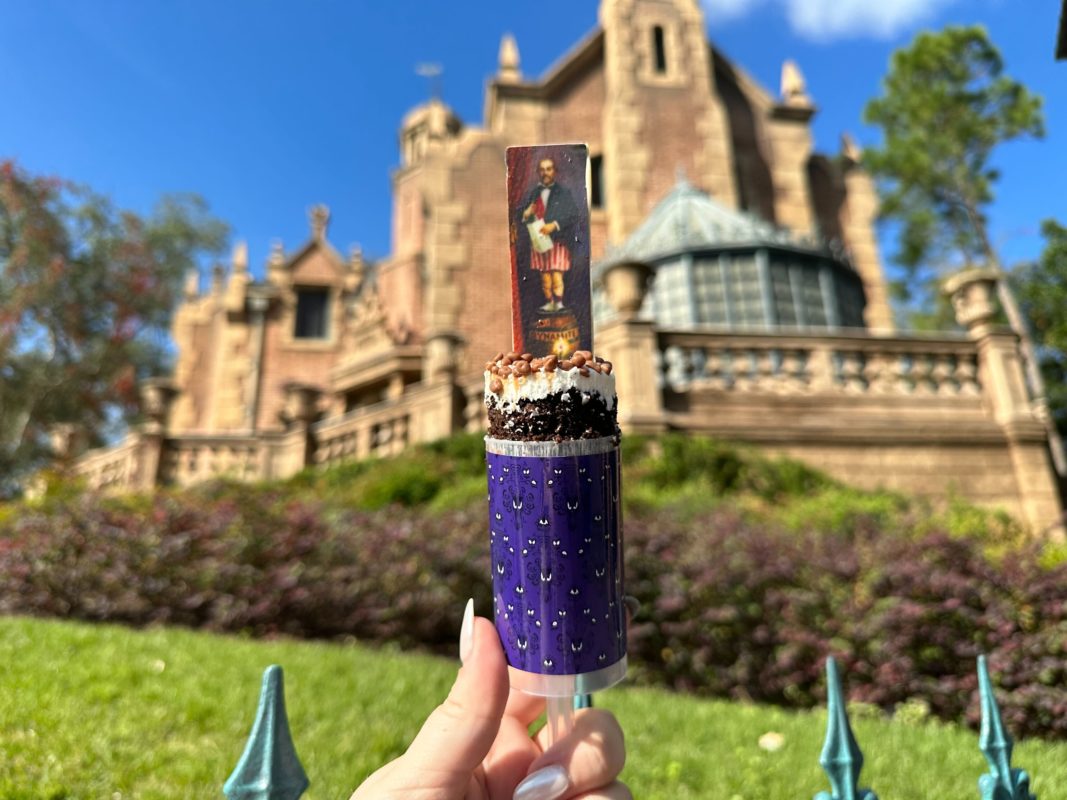 As the 50th anniversary celebrations wind down at the Magic Kingdom, a new phase of treats has been released. At Sleepy Hollow Refreshments, the newest Haunted Mansion-themed Chilling Chamber Pop featuring The Mayor is here. It replaces The Tightrope Walker.

Interestingly, this is the first time Disney has referred to this Stretching Room portrait character as The Mayor. The character is an older man with a beard and little hair. He wears a suit jacket and red sash but no pants as he stands atop a lit barrel of dynamite.

He’s been referred to by the name Alexander Nitrokoff on merchandise and the “The Haunted Mansion: Frights of Fancy” graphic novel. He was called “The Orator” in the mobile game “Disney Crossy Road.”

The chocolate cake was on the dry side, though the plentiful white buttercream helped even it out.

The chocolate candies were a fun addition as they crackled and popped when you bit into them.

Overall, it was a cute dessert for pictures, and the flavors were good. But be careful when you push the cake out because most of ours fell to the ground.