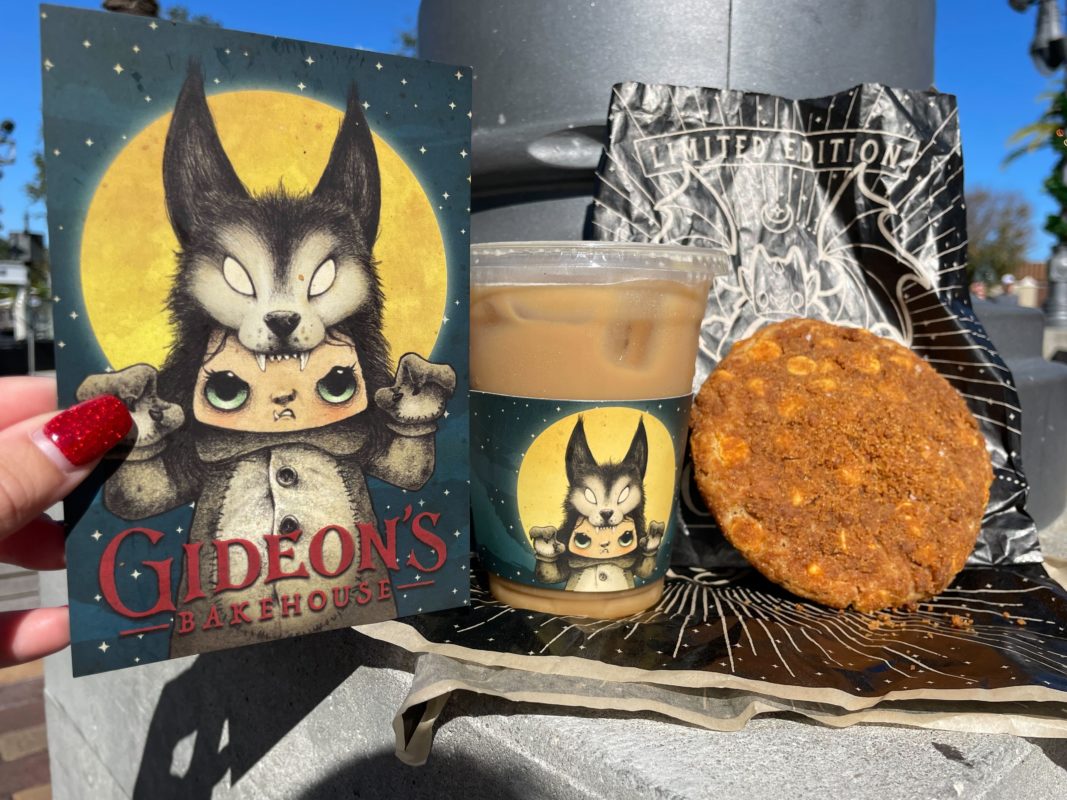 It’s a new year, and Gideon’s Bakehouse has debuted a new flavor: Cookie Butter Butterscotch! We stopped by to try the cookie and nitro cold brew.

January’s mascot is Butterscotch. Her story reads, “The moon holds strange powers, and so do the pajamas of a girl called Butterscotch. Handed down by her grandmother, this canine sleeper is said to awaken the wild nature of its wearer, and so, with the year’s first full moon, Butterscotch is transformed from a demure child into a rambunctious little terror. Jumping, howling, and growling, she tears about the woods all night. Then, at the light of day, she awakes as our sweet Butterscotch once more.”

Frequent flyers at Gideon’s may be happy to know that the Banana Bread Chocolate Chip Cookie is now part of the regular menu and will be available daily.

Despite the heavy lean on Butterscotch in this month’s mascot, the predominant flavor here is Biscoff.

It’s sweet but not overly sweet. As always, it’s perfectly baked and big enough to share.

The butterscotch flavor is very subtle, but disappointingly so.

We would eat one again but wouldn’t seek it out if there were other options.

We were told this would taste like a Butterbeer, but alas, it does not.

This is a sugar-forward drink, and unlike the cookie, the butterscotch is heavy.

It works well paired with the cookie, but it’s far too sugary for us. We’ll stick with the Peanut Butter Cold Brew (which is a must-have).

It’s unusual for Gideon’s Bakehouse, but both of these were a miss. There’s a Cookie Butter Butterscotch Cake Slice available on Wednesdays and Saturdays, but based on the other items, we wouldn’t go out of our way to try it out.

Regular Version of Guardians of the Galaxy: Cosmic Rewind Returns After Extended Holiday Overlay at EPCOT