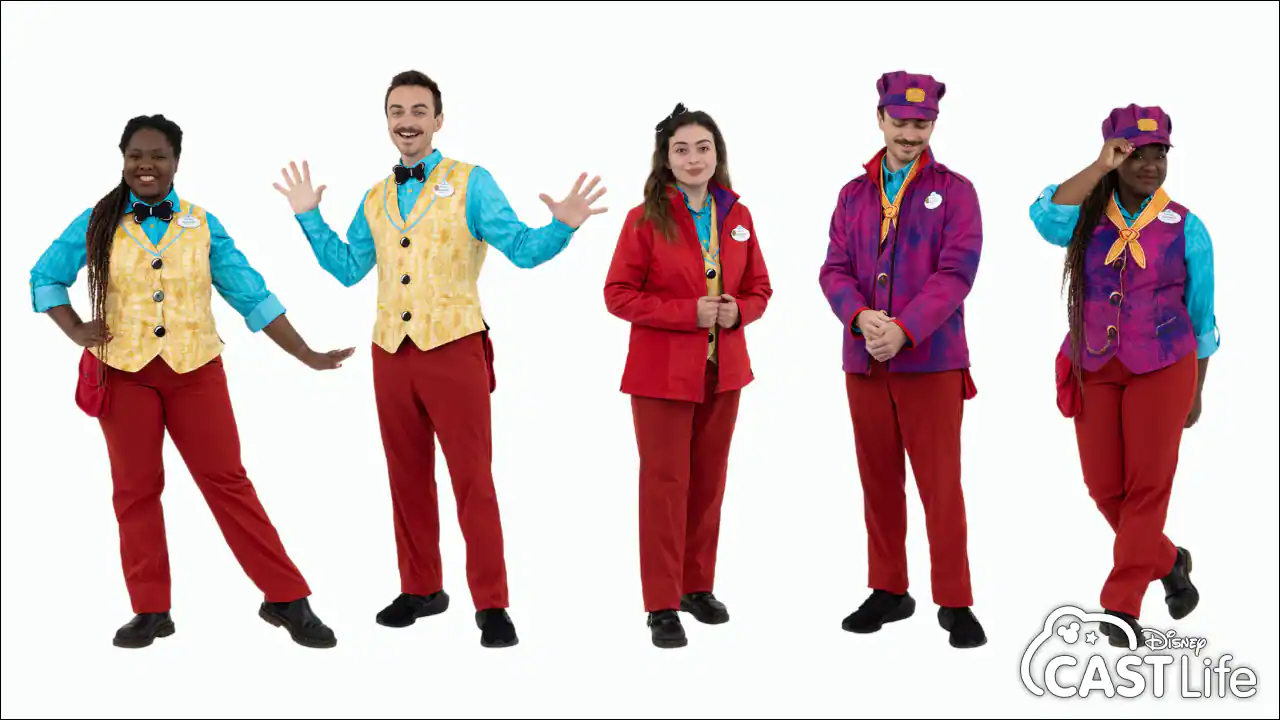 All aboard! Disneyland Resort Cast Members are on track to welcome guests aboard Mickey & Minnie’s Runaway Railway, coming to Mickey’s Toontown beginning January 27. The next stop on the journey to opening day? Costuming!

The new look was revealed on the Disney Parks Blog. The Costume Design and Development team engineered a “trainsformable” costume with fully reversible features, allowing Cast Members to switch their costume to adapt to the scene at a moment’s notice. The costumes feature vibrant colors, eye-catching textures, hidden Mickeys and other elements that connect to the attraction.

“The artwork that’s on the vest is designed by Joseph Holt, who’s [an] animator and artist who works on all of the cartoon shorts,” said Yonit Olshan, costume designer. “Our Cast Members and their costumes are completely in line with the vision for the entire attraction; they really are a part of the show.”

Cast Members who have been a part of the development process are excited about the immersion aspect. “I think that the nature of the attraction, where it’s moving from one environment into the next, is mirrored in the costume,” said Tyler Girdner, entertainment character host. “It allows for the guests to feel transported by seeing a completely different look.”

Dressed in their best for the El CapiTOON Theater, Cast Members are now one stop closer to the big premiere!

Mickey & Minnie’s Runaway Railway of course opens January 27 at Disneyland, with a completely different queue and new scenes on the attraction not present in the original Florida version. Guests will be required to use Virtual Queue or Lightning Lane in order to access the attraction at first. The trackless attraction takes guests on to a premiere of a new cartoon as Mickey and Minnie take a drive for a picnic. When Goofy comes in showing off his new Runamuck Railway train around the park, things start to go awry and guests are sucked into the world of the Toons! It’s our turn to go on a ride on the train, but Goofy being Goofy, things don’t exactly go to plan for us or for Mickey and Minnie!

Are you excited to take a ride aboard Mickey & Minnie’s Runaway Railway when it opens in just over a week? Let us know in the comments below!