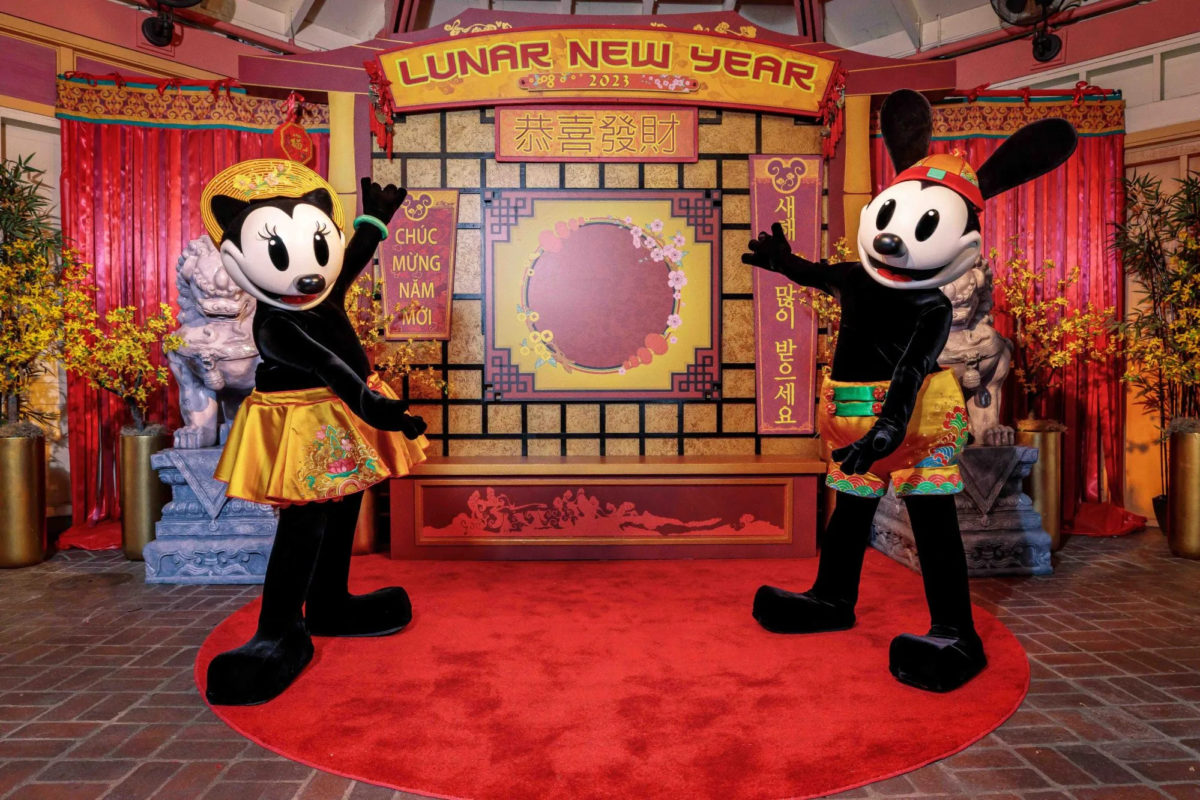 While Oswald the Lucky Rabbit is a regular fixture for character greetings at the Disneyland Resort, you might not know that his companion Ortensia has never been seen at the domestic Disney parks… until now! Starting January 20, she will make her very first stateside appearance to celebrate Lunar New Year!

Although 2023 is the Year of the Rabbit in China and South Korea, it’s also the Year of the Cat in Vietnam! And with Oswald and Ortensia being a rabbit-cat couple, it’s the perfect combination for the two!

According to the Orange County Register, Oswald will wear custom embroidered shorts in rich golds with an ocean wave motif and a matching hat. Ortensia will wear a golden skirt with lotus, apricot and peach flowers inspired by the traditional Vietnamese ao dai gown and a matching Vietnamese khan dong headpiece embroidered in reds, pinks and golds.

This marks Ortensia’s first stateside appearance as we mentioned, with her grand debut coming in 2018 during Disney FanDaze at Disneyland Paris. The two will take turns taking photos and signing autographs during the Lunar New Year Celebration from January 20 to February 15 at Disney California Adventure. They’ll appear in the Paradise Gardens gazebo.

Ortensia made her first appearance in “The Banker’s Daughter” back in 1927, and returned to Disney alongside Oswald in 2010. Her most major role since was likely in the Epic Mickey game series.

Are you excited to meet Ortensia for the first time? Let us know in the comments below!