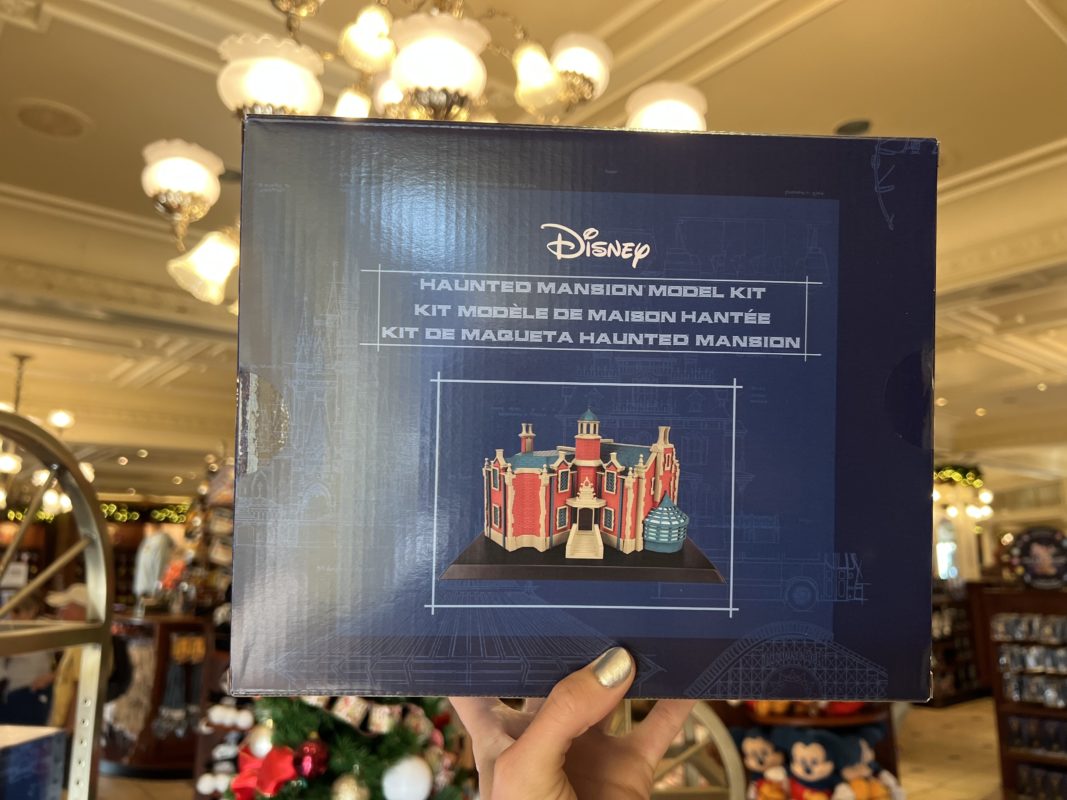 Now a ghost can follow you home for real (or at least in a better form than a jar) with a little Haunted Mansion model kit you can bring back from Walt Disney World right now! We found this latest addition to the attraction model kit series at the Emporium in the Magic Kingdom.

While the Disneyland version of the Haunted Mansion got a special model kit last month, this is the first appearance of the more colonial and gothic-style Mansion seen at Walt Disney World and Tokyo Disneyland.

Those in the know remember not only are the exterior facades different between Disneyland and the other two Haunted Mansions in Orlando and Tokyo, but the latter two also have more scenes. Every Disney castle park in the world except Shanghai Disneyland has an extension of the haunted house idea, with Mystic Manor at Hong Kong Disneyland and Phantom Manor at Disneyland Paris.

Like the other kits in the series, the box is covered in architectural blueprints of iconic buildings from the Disney Parks worldwide. This kit of the Haunted Mansion contains 151 pieces, more than even the Cinderella Castle kit from last month!

You can also pick up model kits of Cinderella Castle and Space Mountain at Walt Disney World, and kits for Sleeping Beauty Castle and the west coast Haunted Mansion over at the Disneyland Resort.

Will you bring home this new model kit to represent the East Coast and Japanese Haunted Mansion? Or is it a bit too spooky for your tastes? Either way let us know in the comments below!