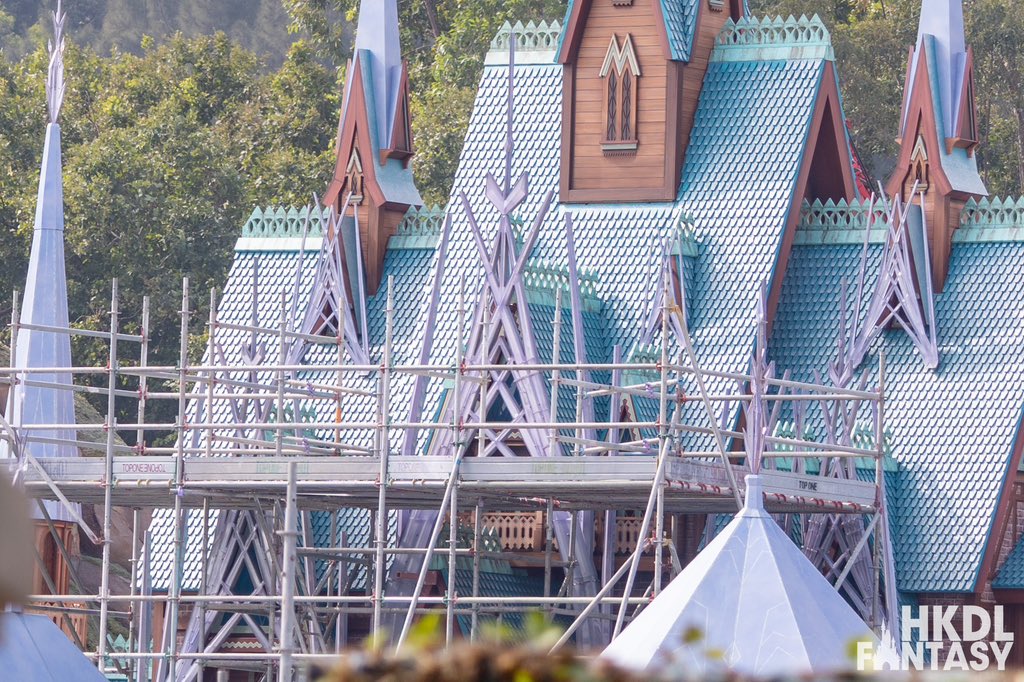 Giant icicle and snowflake decorations have been added to the towers of Arendelle Castle in Hong Kong Disneyland, part of the park’s upcoming Arendelle: World of Frozen land.

HKDL Fantasy shared photos of the castle, still under construction.

Thin, tall icicles now extend from the tops of the castle towers, with a giant snowflake atop the tallest tower.

More icicle decorations crisscross in front of the gables of the lower roof.

Estorino signed one of the “Ice Magic” snowflakes that will be added to the castle. Last month, Hong Kong Disneyland Cast Members also celebrated by signing the giant snowflakes.

Estorino and some the Cast Members with her were wearing purple, green, and gold Arendelle nametags.

Disney released a detailed look at Arendelle Castle back in November 2022. Arendelle: World of Frozen is set to open in the second half of 2023 at Hong Kong Disneyland. It will have its own version of Frozen Ever After, plus two new attractions: Wandering Oaken’s Sliding Sleighs and Playhouse in the Woods. The former is a roller coaster through the mountains. Arendelle: World of Frozen will also have several shops and restaurants. Concept art, Cast Member costumes, and ride vehicle maquettes for the land were displayed at D23 Expo last year.

‘The Soul of Jazz: An American Adventure’ Exhibit Closes Permanently at EPCOT