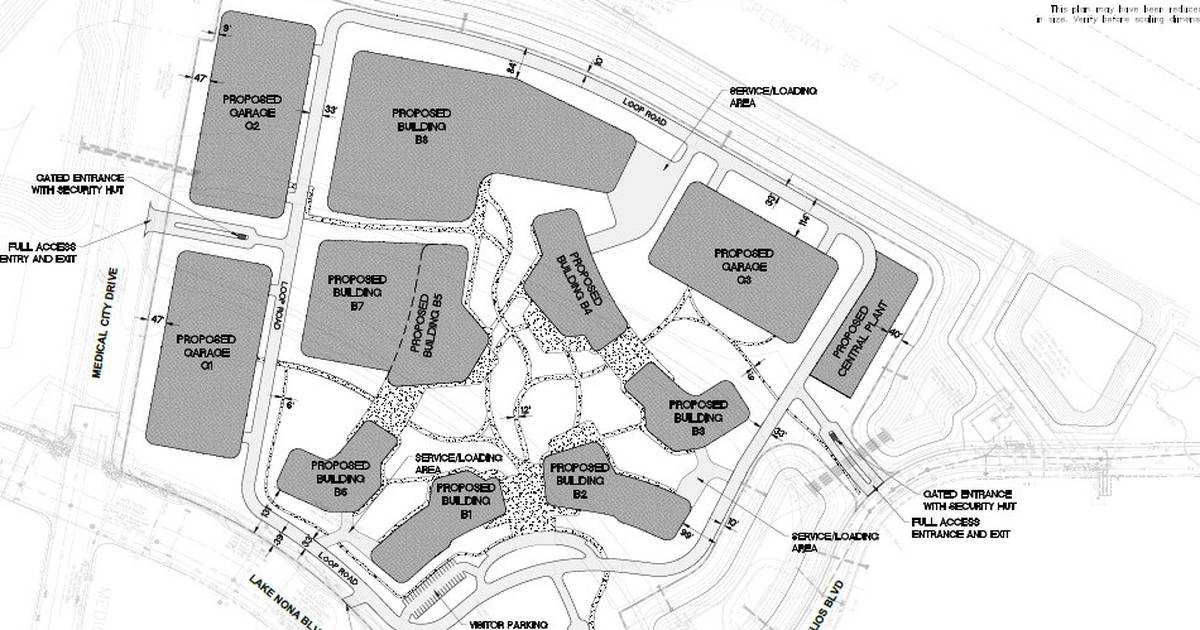 Orlando Sentinel has shared the plans for The Walt Disney Company’s new campus coming to Lake Nona, Florida. City of Orlando records showed Disney was seeking a parcel master plan for the project earlier this month.

The plans show eight proposed buildings, three garages, and a central plant. The buildings are mostly gathered around a park with walking pathways leading around the campus. It shows two gated entrances with security huts on either side, near the garages.

According to Orlando Sentinel, a third gated entrance would be on Helios Boulevard (the road on the lower right in the plan above). The parking garages will have six levels, while the other buildings will be between four and seven levels. Most of the buildings will be offices, but two are set to be flex spaces.

The plans filed by Tavistock Development Company on behalf of Disney also state that walkways will lead to the Lake Nona Town Center.

The Lake Nona campus was originally scheduled to be established this year, but the full move from California was later shifted to 2026.

Some employees who will end up working at the campus have already moved to Florida, while others had to back out of home purchases.

Many Cast Members, including Imagineers, have urged Disney not to complete the move, particularly after the passing of the state’s “Don’t Say Gay” bill and Governor Ron DeSantis’ vendetta against Disney after former CEO Bob Chapek finally denounced the bill. DeSantis signed a bill into law to dissolve Disney’s Reedy Creek Improvement District, which may be run by a state board.

Another Pathway Closed as Tree of Life Repainting Continues

Poseidon’s Fury Scheduled to Close for Refurbishment in February