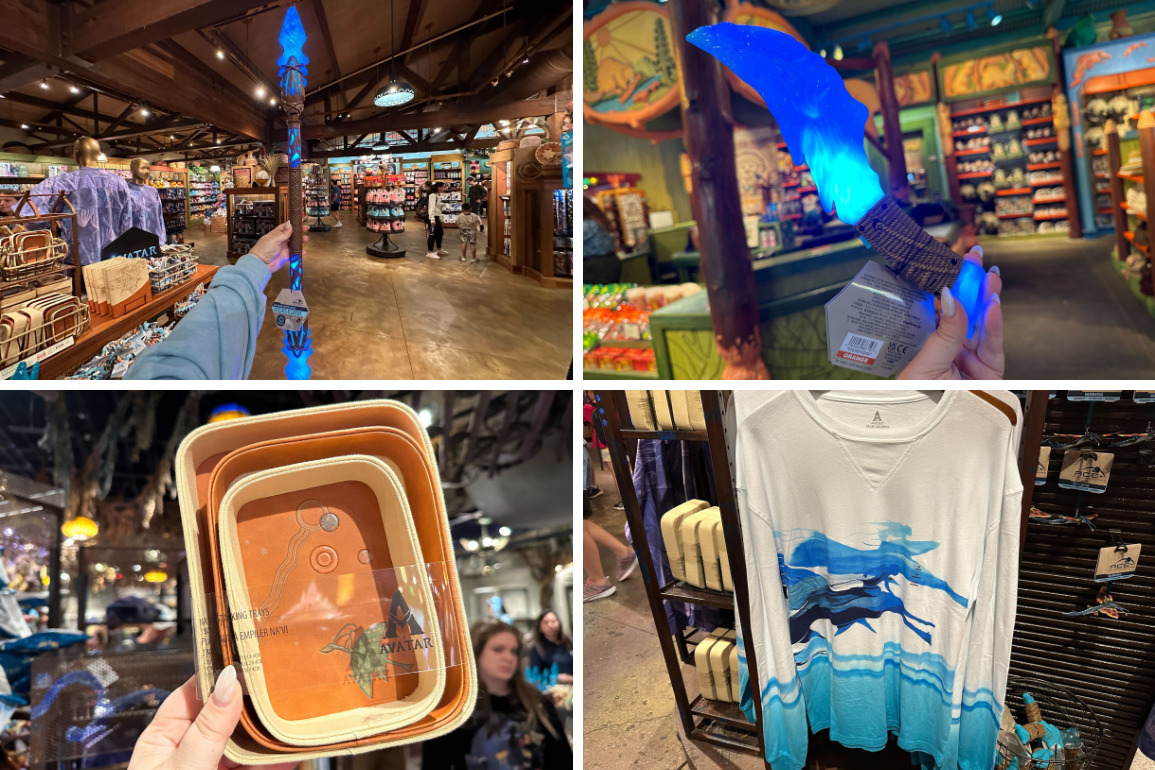 With “Avatar: The Way of Water” now in theaters, a new quartet of items straight from Pandora has landed at Disney’s Animal Kingdom.

This Na’vi spear features mock crystal tips on both ends.

It’s decorated to look like the crystal has been secured by being tied onto the ends.

When you press a button on the middle of the staff, the crystals produce a blue bioluminescent glow.

We found this at Riverside Depot.

A similarly-designed glow crystal knife has a natural-looking crystal blade.

The handle has been decorated to make it look like rope.

For added effect, grooves in the blade make it look like it came straight from a cavern.

A button on the handle triggers the glow effect, which emanates from the base, creating a two-tone effect.

We found this at Island Mercantile.

For something on the more peaceful side, there’s this set of three stacking trays, perfect for storing small items.

The trays are decorated with Na’vi art depicting a celestial scene, as well as an Ikran (or banshee) in flight.

The trays are wrapped in a canvas-like material, which enhances the natural look. Two are tan with an orange bottom, and one is in orange with a tan bottom.

The Avatar logo is featured in a light brown on the bottom. We found this in Windtraders.

This shirt has a white base with an ocean blue bottom and sleeves, giving the appearance of water.

The image shows the outline of a pair of Na’vi riding two aquatic creatures. The one in darker blue with its mouth open is a Skimwing, while the one above in lighter blue is an Ilu.

Both creatures can be seen in “Avatar: The Way of Water,” as well as on Avatar Flight of Passage.

Because of how the shirt is designed, the full ocean effect is evident when the arms are at the sides, though it does provide a nice cuff-like appearance on its own.

The water pattern continues onto the back.

We also found this in Windtraders.

Which item is your favorite? Let us know in the comments!