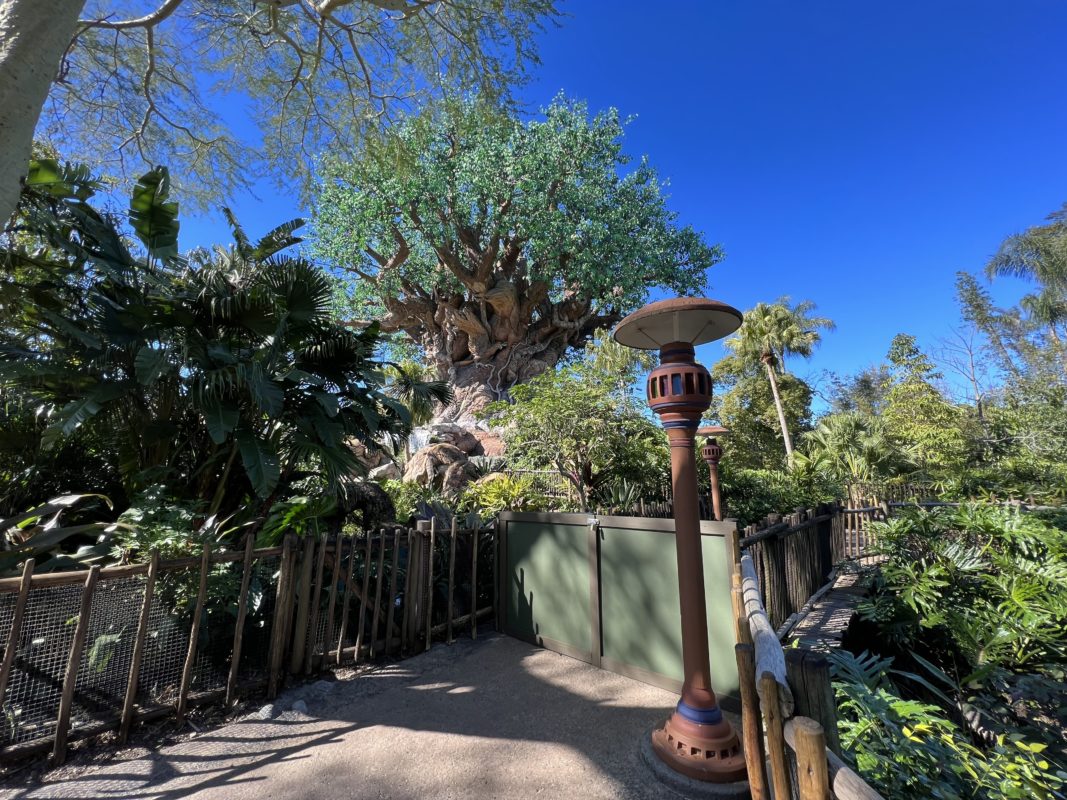 Ever seen a tree get spruced up? It’s happening now at Disney’s Animal Kingdom as the Tree of Life undergoes repainting.

The repainting officially began on Sunday, just over three months before the park celebrates its 25th anniversary.

While it’s refurbished, select pathways around the Tree of Life have been temporarily closed and walled off.

Most of the work is set to take place after operating hours, so it’s unlikely guests will witness the painting underway, though in-progress work may be visible.

The earth tones of the tree and the surrounding environment are looking particularly vibrant.

Over 300 animals are carved into the tree, reflecting Earth’s varied biodiversity.

On the lower end, insects and spiders can be seen, a subtle nod to the tree being home to It’s Tough to Be a Bug!

The various shades on the branches give the illusion of exposed bark, like lighter brown on the branch near the dolphin seen above.

The colors can be used to show weathering, like the gray on the rocks near the small waterfall.

The back of the tree doesn’t appear to be as varied in its shadings.

This could be an indication that work hasn’t begun on this side yet.

Much of it is still looking worn, like the mossy green around the monkey above.

As of the writing of this article, no timetable has been shared as to when the Tree of Life’s repainting will be complete.