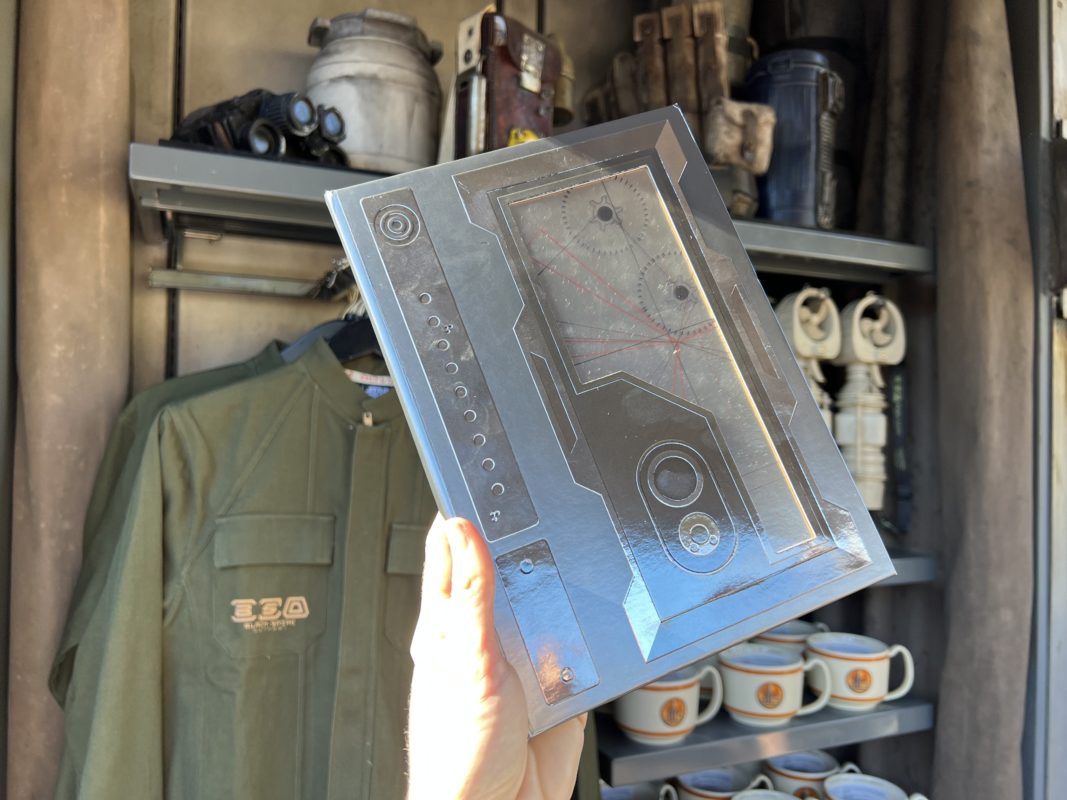 Take note of the fight against the First Order with this handy new Resistance X-wing notebook, now available at Resistance Supply in Disney’s Hollywood Studios.

The front of the book has a shiny, giving it a metallic appearance. It also shows a console and tactical readout, reminiscent of the console of an X-wing fighter.

The inside of the front cover has the Resistance symbol (or the Rebel Alliance symbol, for those who prefer the older Star Wars films), with an X-wing flying past.

The pages have a similar gear-like readout pattern to the one on the cover.

The back also has the Resistance symbol in a very light red.

Younger ones looking to fly for the Resistance one day can also check out a new X-wing pilot’s jacket, which was released last month!