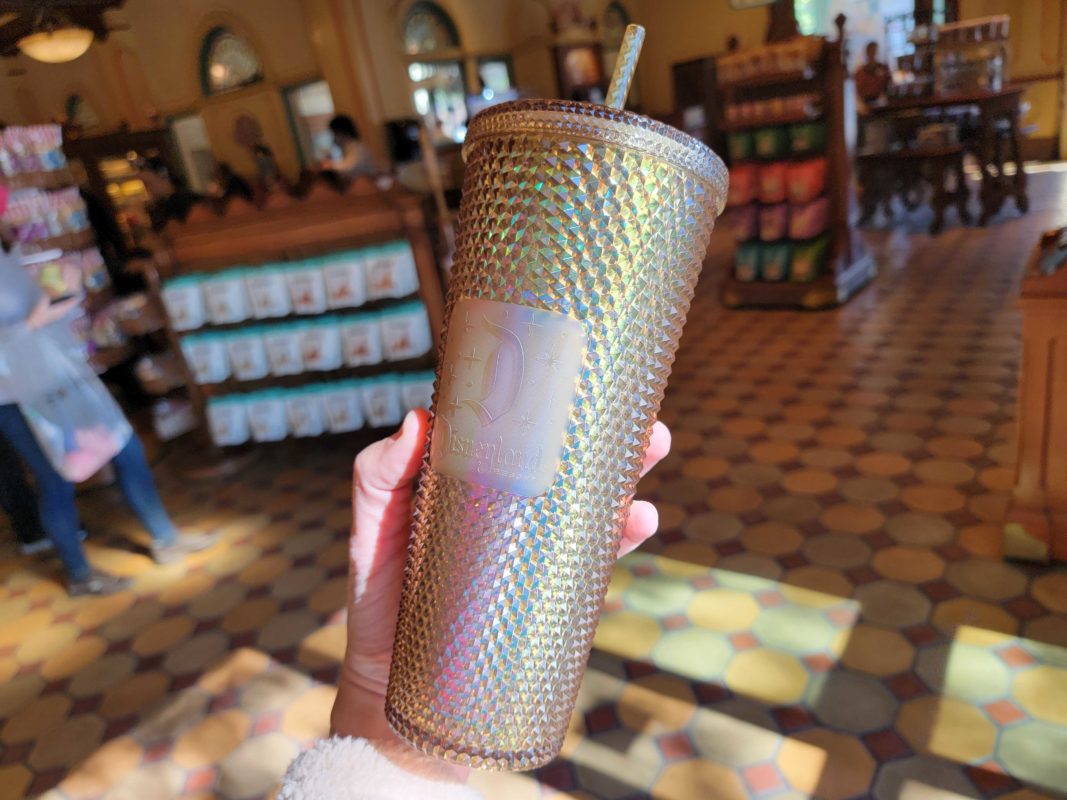 When it comes to Disney-themed Starbucks tumblers, anyone who enjoys both coffee and Mickey Mouse knows that each new design is often quite tempting on our wallets. Now, on a trip to Trolley Treats in Disney California Adventure, we have stumbled upon an all-new gold tumbler.

Below, you can take a look at the tumbler which has the recently popular spiked design on it. The gold color shines through the most, but it all has a reflective quality that leaves iridescent tones illuminating off of the cup. There is also the classic Disneyland logo on one side of the cup, making it a great subtle Disneyland keepsake.

Not only is the gold Starbucks stunning to look at, but it also holds 24 oz of liquid, making it the perfect companion to bring with you when you are exploring Paradise Pier, or waiting for World of Color to begin! Long line for Incredicoaster? At least you’ll be hydrated.

The cup retails for $49.99, which is not the cheapest price point, but one that lines up with other cups in this style.

The tumbler looks similar to a few other “recent” additions, one of which has a purple shine, while the other has Disneyland Resort imagery! If you want to take a look at those, click here and try to resist running to buy them!

With the Disney100 Celebration at Disneyland Resort around the corner beginning January 27th, adding some new Disney drinkware to your collection may not be such a bad idea! You can sip it while watching Wondrous Journeys, World of Color – ONE, while dancing along to the Magic Happens parade, or while waiting for Mickey and Minnie’s Runaway Railway in the new Mickey’s Toontown! Even a photograph in front of Sleeping Beauty Castle would pair very nicely with this gold shimmer!