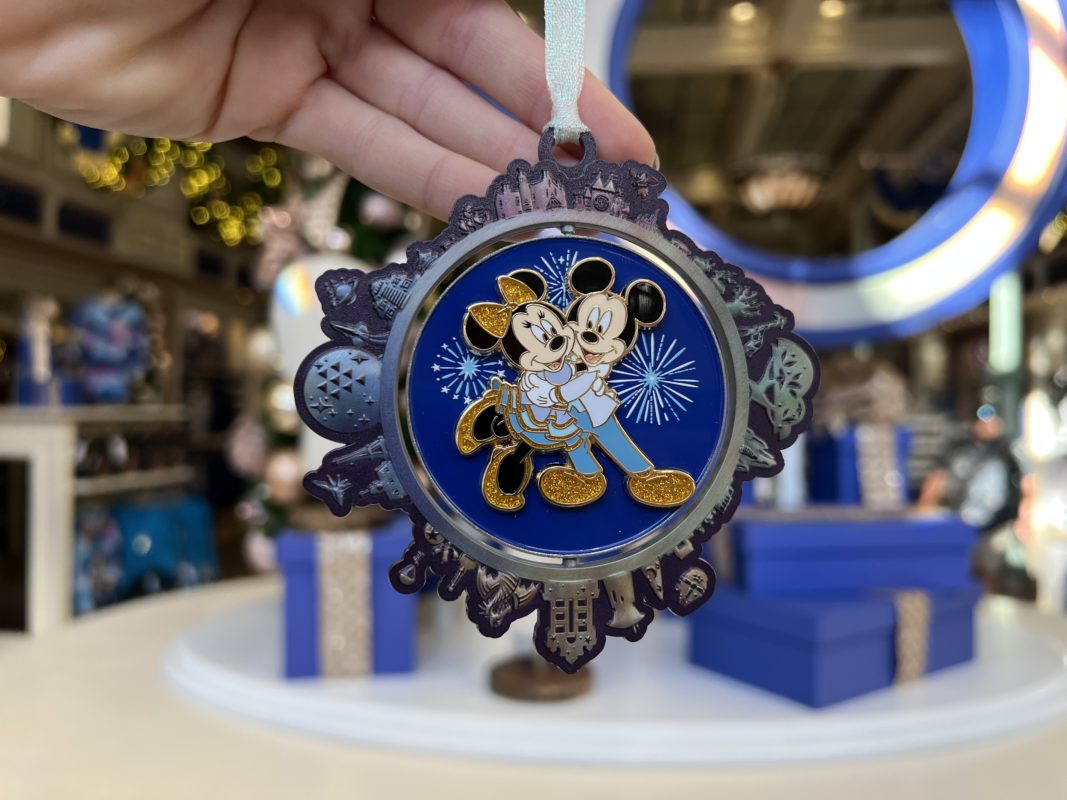 One side of the 50th Grand Finale Ornament features our favorite mouse couple in their 50th Anniversary best. Mickey and Minnie’s shoes are a gold glitter, as well as Minnie’s bow, with fireworks exploding in the rich, blue background. Surrounding the pair are park icons and some classic, endearing attractions, such as the Haunted Mansion, Spaceship Earth and of course, Cinderella Castle.

The other side of the ornament has the Walt Disney World 50th Anniversary logo with fireworks surrounding the castle on the same rich, blue background as the other side.

But wait! There’s more! You don’t have to pick a side to display, the center medallion spins so that each side can be easily shown.

The ornament has an iridescent ribbon for displaying the ornament.

Previously, we shared a preview of the newest and final 50th Anniversary Grand Finale Collection., including a Grand Finale Spirit Jersey that debuted earlier this week.

Will you be adding the new Grand Finale ornament to your 50th Anniversary collection? Let us know in the comments!