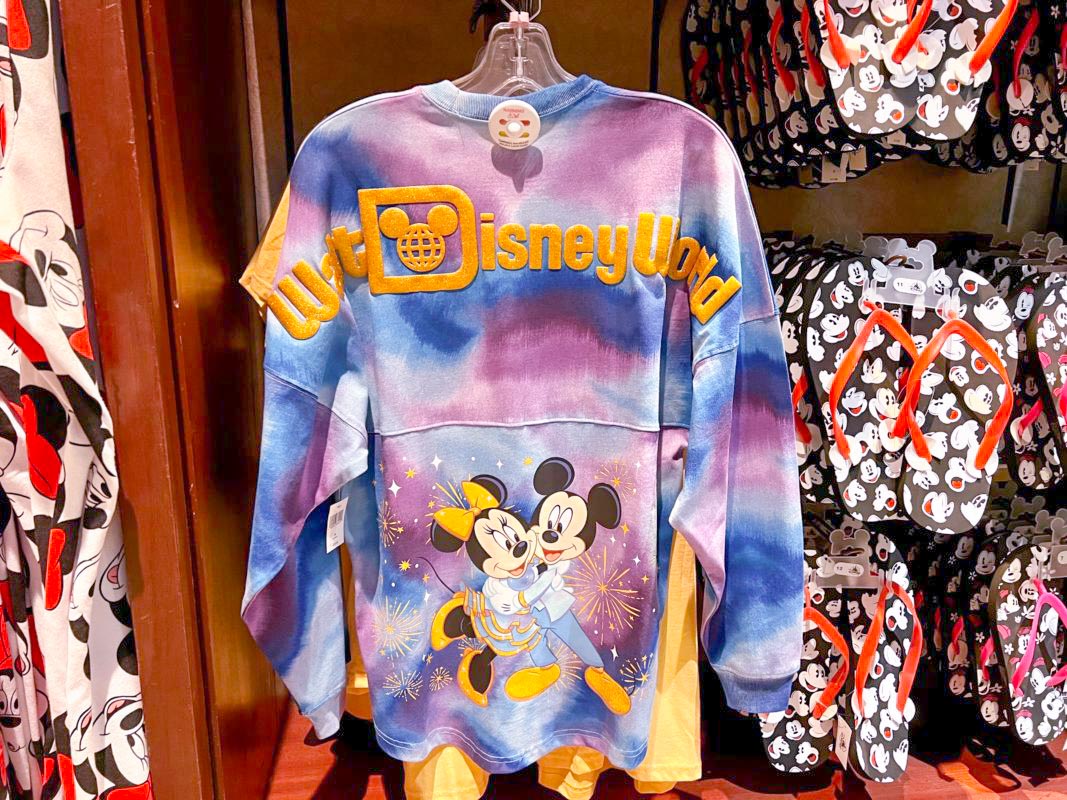 The end of the Walt Disney World 50th anniversary celebrations is almost here, and to mark the occasion, Disney is releasing a “Grand Finale” merchandise collection. Tonight at EPCOT, we found the Grand Finale Spirit Jersey at World Traveler.

The jersey is tie dye style, in shades of blue, purple, and white.

The Walt Disney World 50 logo is below Cinderella Castle, both in glittery, golden, three-dimensional designs.

The 50th anniversary logo is on the tagless label inside the jersey.

Like the other new Spirit Jerseys, there is a blue Disney tag next to the regular label.

On the back, “Walt Disney World” is in puffy golden letters across the shoulders.

The lettering, like the emblem on the front, is very glittery.

Mickey and Minnie are in their 50th anniversary outfits, embracing against a background of fireworks and stars.

The gold parts of their outfits are glittery, as are the fireworks.

We recently found an “I Was Part of the Magic” pin, and more of the Grand Finale merchandise has been teased.