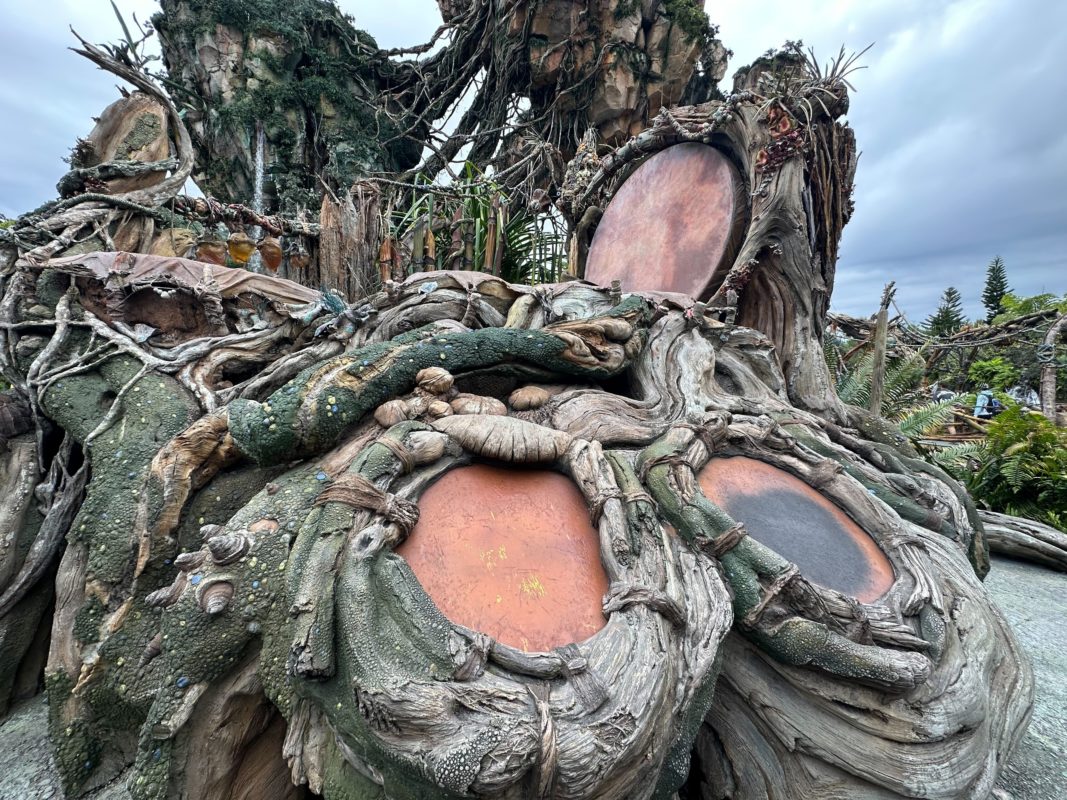 Some of the drums in the interactive drum circle of Pandora – The World of “Avatar” at Disney’s Animal Kingdom have been repainted.

Guests can stop and play music at the drum circle. Drummers used to perform here, too, but they haven’t since the parks closed due to COVID-19 in March 2020.

While many of the drums have dark circles in their centers where guests have hit them repeatedly, some have been refreshed and are fully brown-orange again.

There is still some cracking in the paint of the refurbished drums, but they look much better than before.

We expect the other drums to be repainted or replaced soon, too.

In the “Avatar” fiction, this area is called Swotu Wayä, or “the sacred place of song.”

The instruments are connected directly to Pandora’s root system, so drummers can access the “living memory of song” when playing.

Because Pandora has no walk-around Na’vi characters, the drummers were portrayed as humans who were taught to play by the Na’vi.

We’ve been cataloging some of the most egregiously dirty areas of Walt Disney World recently, including the Space Mountain building and “it’s a small world” boats.

Thankfully, Disney has responded by cleaning these areas. And it seems they’re taking a look at other areas, too, like the Pandora drums.

Watch our video of the Pandora drum circle show below.

Keep an eye on WDWNT for more updates about Disney Parks’ cleanliness.