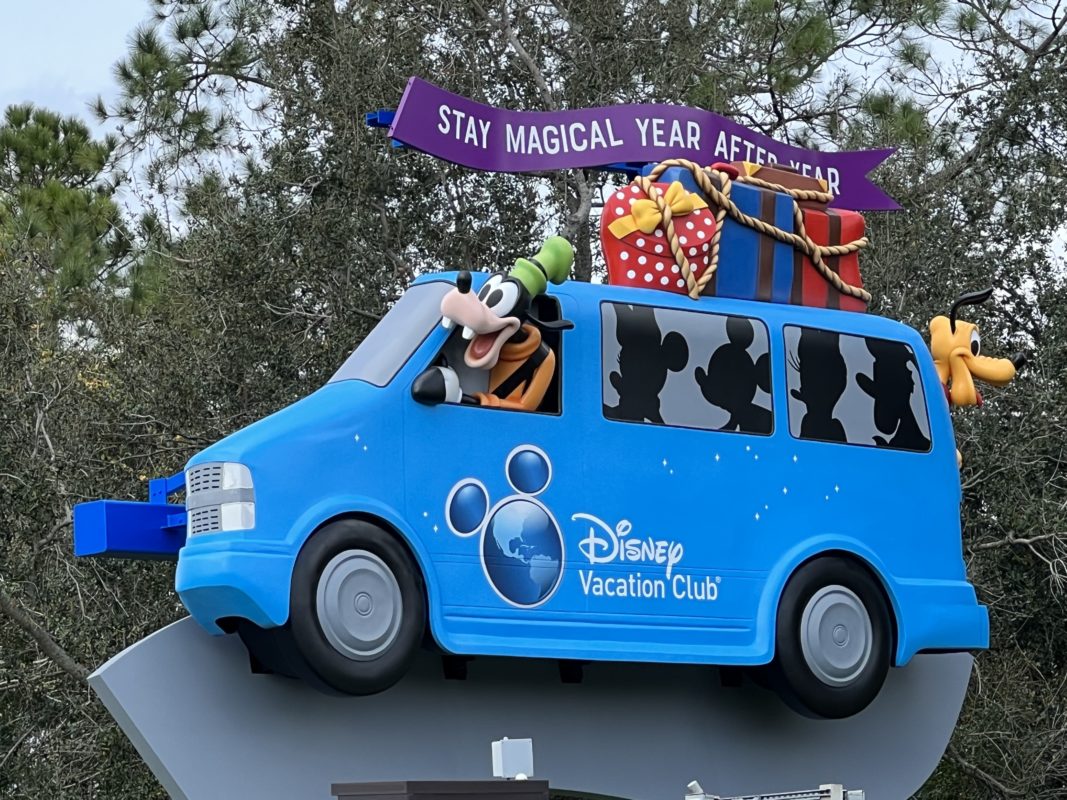 Good morning from a gloomy EPCOT!

Happy race day! Trams were in the parking lot, but not for guests to use to take them to their car – these vehicles were for race day participants. We’re ready for them to come back!

We walked in to the park to low crowds, which is always exciting!

Construction walls had been removed from the Guest Relations area near the restrooms to reveal solid green scrim along the pathway to Creations and Connections.

Inside Creations, there is a red Minnie Mouse polka dot cold cup for $19.99.

Judy Hopps and Nicke Wilde are paw-sitively perfect as new Park Pals! These guys can clip to your shoulder bag and hang out in the parks with your for $11.99 each.

We seem to be missing a festive Figment in the corner of the shop, he must be getting ready for the International Festival of the Arts just around the corner!

A holographic 100 Years of Wonder skort for girls is available for $29.99. There are grey characters and “100”s all along the skort.

A youth purple 100 Years of Magic Walt Disney World logo hoodie is also in the 100th anniversary section. The hoodies are $44.99 each

A few festival booths have popped up around World Showcase and near Test Track. Moderne festival booth has received its signage already.

Not much has changed at Cool Wash. The planters surrounding the establishment have been slightly extended but otherwise we haven’t seen a lot of progress since it was gutted.

Festival shop markets have also begun to pop up. The future shopping stops feature rainbows encompassing the different icons of the pavilion countries with Spaceship Earth.

The snowman hoola hoop has finally arrived at the dolphin exhibit in The Seas! It’s fun to watch the dolphins swim through the various hoops.

The pavement in China is still being redone. Large areas of patchwork concrete lay around the back of the pavilion featuring old and new areas.

The Spaceship Earth pattern makes up the backing of the festival market booth.

The tiny banners that usually displayed for the current festival at the small town in the Germany pavilion have been removed to make way for the Festival of the Arts banners coming soon.

Just outside the pavilion, the old exhibit banners have been replaced with “Creating Tradition” banners featuring The American Heritage Gallery just in side.

Next door at the Art of Disney, Nightmare Before Christmas and Toy Story Beastly Kingdom figurines are available for $34.99.

Minnie Mouse is printed on this faux leather Disneyland Paris 30th anniversary bag with pink scarf at Plume et Palette in the France pavilion. The bag has a small “Minnie Paris” printed on the bottom right corner and is $44.99.

We stopped off at the new Cake Bake Shop along Disney’s BoardWalk to take a peek at construction. The upper tower has been almost completely gutted.

Back at EPCOT inside Creations, we found a new Disney characters blue, pink, and yellow gradient throw blanket. The blanket is $59.99.

We found a few of our favorite lucky rabbits including Thumper, the White Rabbit, and Judy Hopps on this rotating Lunar New Year serving dish tray. The tray is $44.99.

On our way out, we stopped by the Disney Vacation Club sign to see that new silhouettes had been painted onto the billboard. Now Goofy is driving the whole gang out!