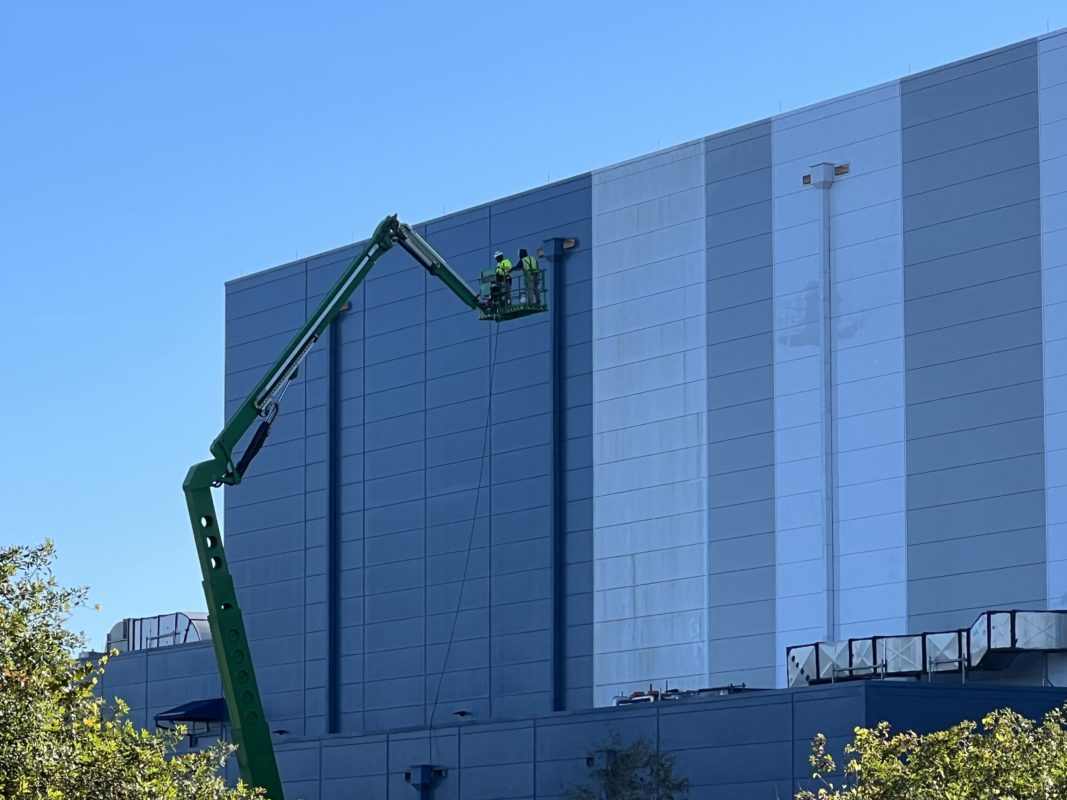 As we FINALLY near the opening of TRON Lightcycle Run at the Magic Kingdom, Disney is preparing the already-aged show building for public consumption.

Usually, when a new ride is built, there’s not enough time between the completion of the structures and the grand opening for noticeable amounts of dirt and grime to accumulate on it. In the case of TRON Lightcycle Run, where construction began in earnest in early 2018, there has been more than enough time for this to happen and the show building (and the canopy over the outdoor section of track for that matter) have been noticeably filthy for some time now.

Thankfully, Disney has sent crews to clean the exterior of the building now, ahead of the grand opening of the ride on April 4th, just a few short weeks away.

The building is quite dirty, but it doesn’t seem to be anything a simple power wash can’t fix.

We assume (and hope) this cleaning project will move to the canopy next, which has had visible staining for quite some time already.