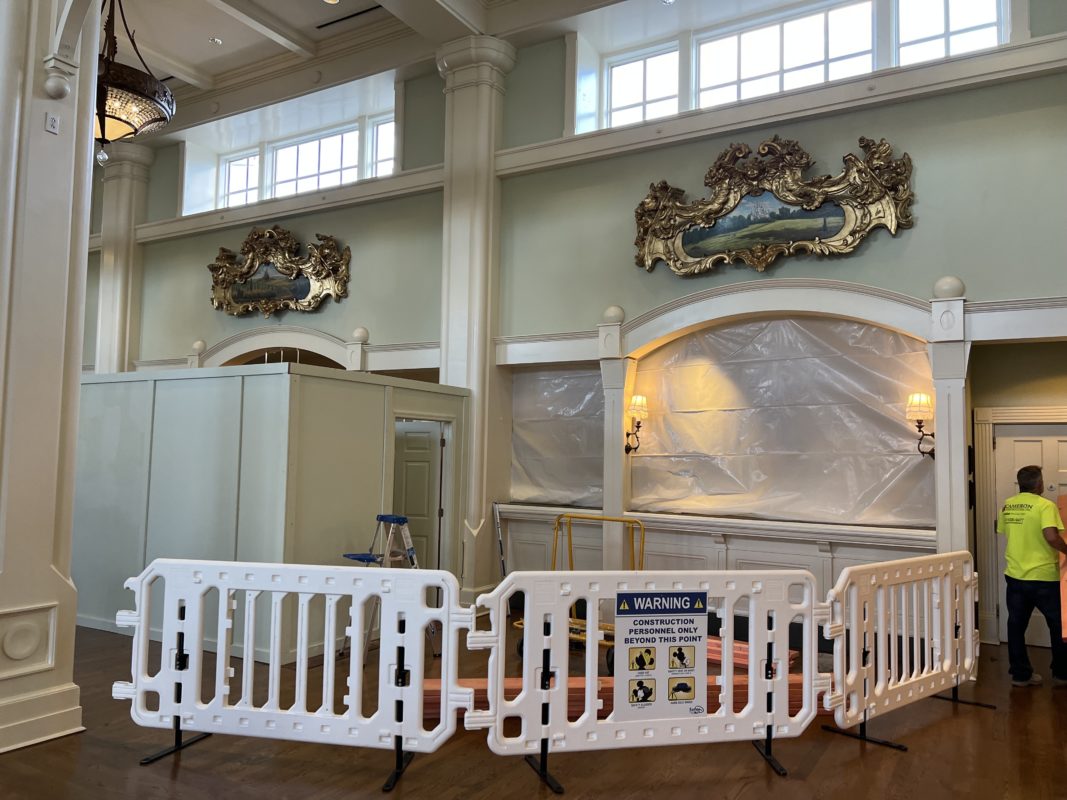 A lobby refurbishment has begun at Disney’s BoardWalk Inn, as crews aim to refresh the turn-of-the-century theming with “light and airy touches”.

Walls have been erected within the lobby as work begins on the refurbishment. The planned refresh, which is expected to also include guest rooms, was announced in the spring of 2022. A barricade within the central section of the Guest Services Counter reads, “Please pardon our appearance. This area is being refurbished for your future enjoyment”.

The lobby is the latest refurbishment project to begin at the BoardWalk Inn. Carousel Coffee has opened up nearby and The Cake Bake Shop by Gwendolyn Rogers will soon be taking over the former ESPN Club building. These new additions will join the BoardWalk Deli, which opened during the summer of 2022.

The resort is modeled after turn-of-the-century boardwalks in such coastal cities as Coney Island and Atlantic City and Disney has stated they intend to keep this theme.

Are you excited about the lobby refurbishment at the BoardWalk Inn or are you worried that theming may become less scarce with the ongoing updates? Let us know in the comments below!