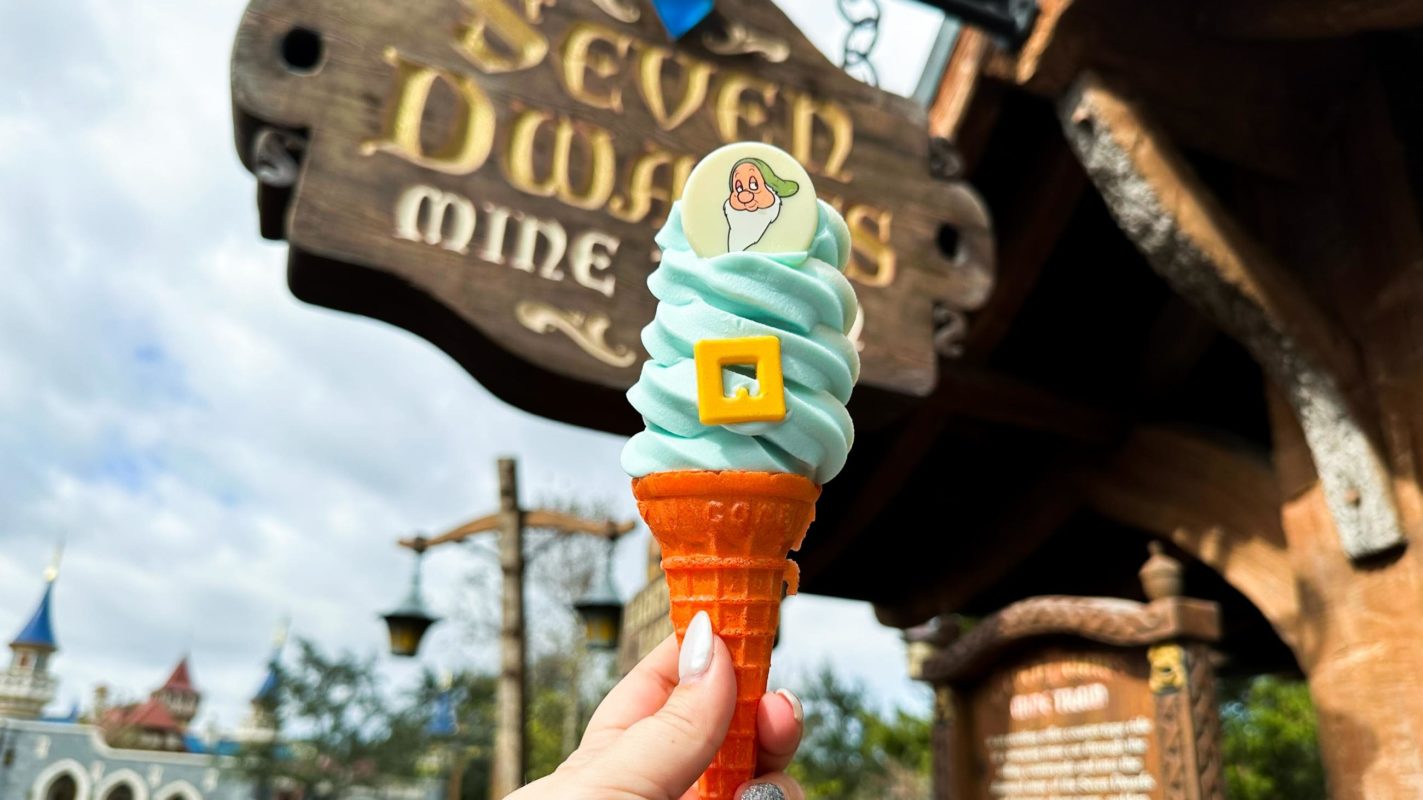 The seventh and final dwarf cone featuring Sleepy has arrived at Storybook Treats in the Magic Kingdom. The cones are part of the large menu of treats celebrating the 50th anniversary of Walt Disney World.

As the World’s Most Magical Celebration nears its end date of March 31, a seemingly final group of new treats have popped up around the park, including the Minnie Mouse Dome Cake.

This ice cream is very sweet and delicious. The blue cotton candy and the vanilla soft serve are a perfect combination. The cotton candy was the main flavor, and it was well balanced.

The cone itself was fresh and crunchy. The belt buckle and photo of Sleepy are standard but nice white chocolate.

The ice cream was more ice than cream, but it was very refreshing, and we enjoyed it. We would recommend trying this cone.