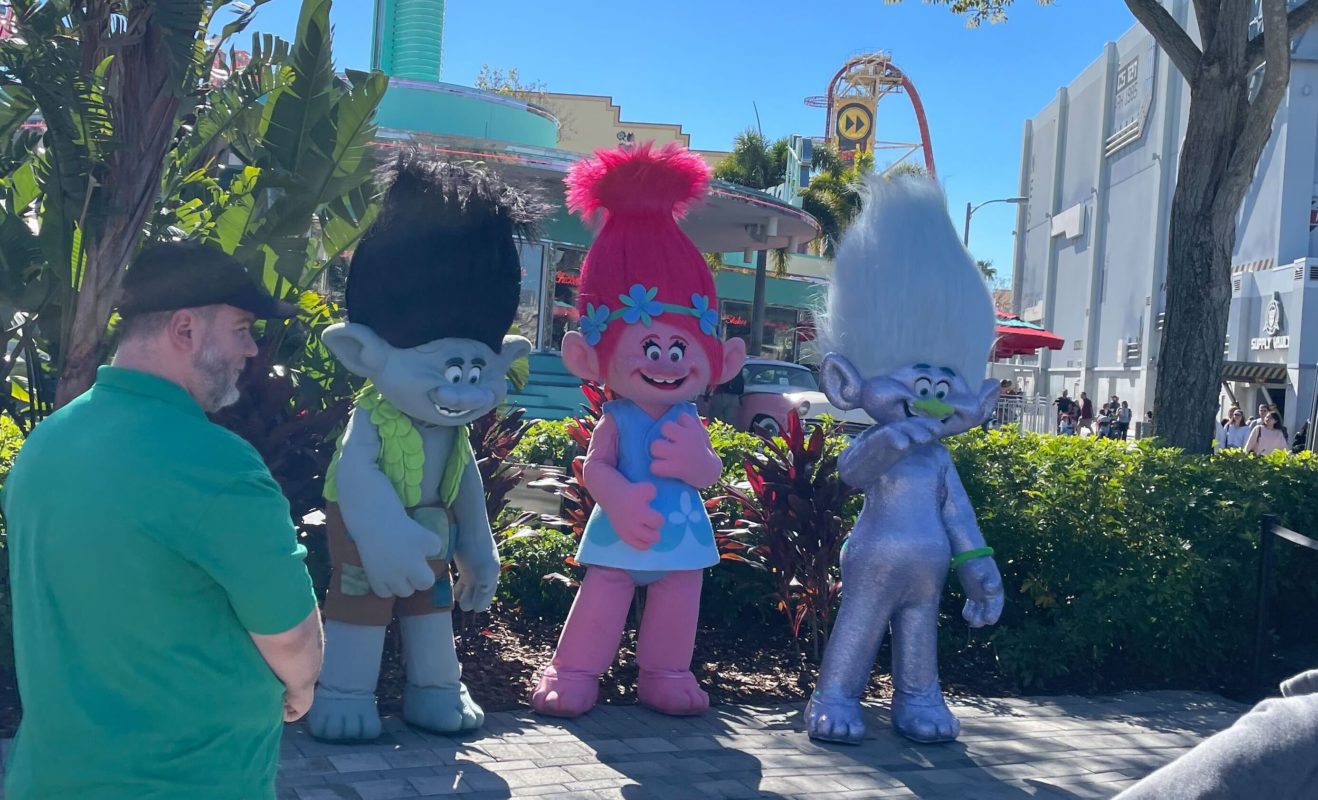 Now that DreamWorks Destination and the Shrek meet-and-greet have closed with most of Woody Woodpecker’s KidZone, the DreamWorks characters have moved to the Hollywood section of Universal Studios Florida.

Gabby from “Gabby’s Dollhouse” was greeting guests outside Williams of Hollywood.

Some trolls were in a cordoned area near Mel’s Drive-In.

Shrek can now be found at the media center.

He had the longest line, of course.

There were no posted wait times or list of characters that will appear.

DreamWorks characters are pictured on the construction walls of KidZone, implying that the area will become dedicated to DreamWorks. If that’s the case, some of these characters, particularly Shrek, may get more permanent meet-and-greet locations.