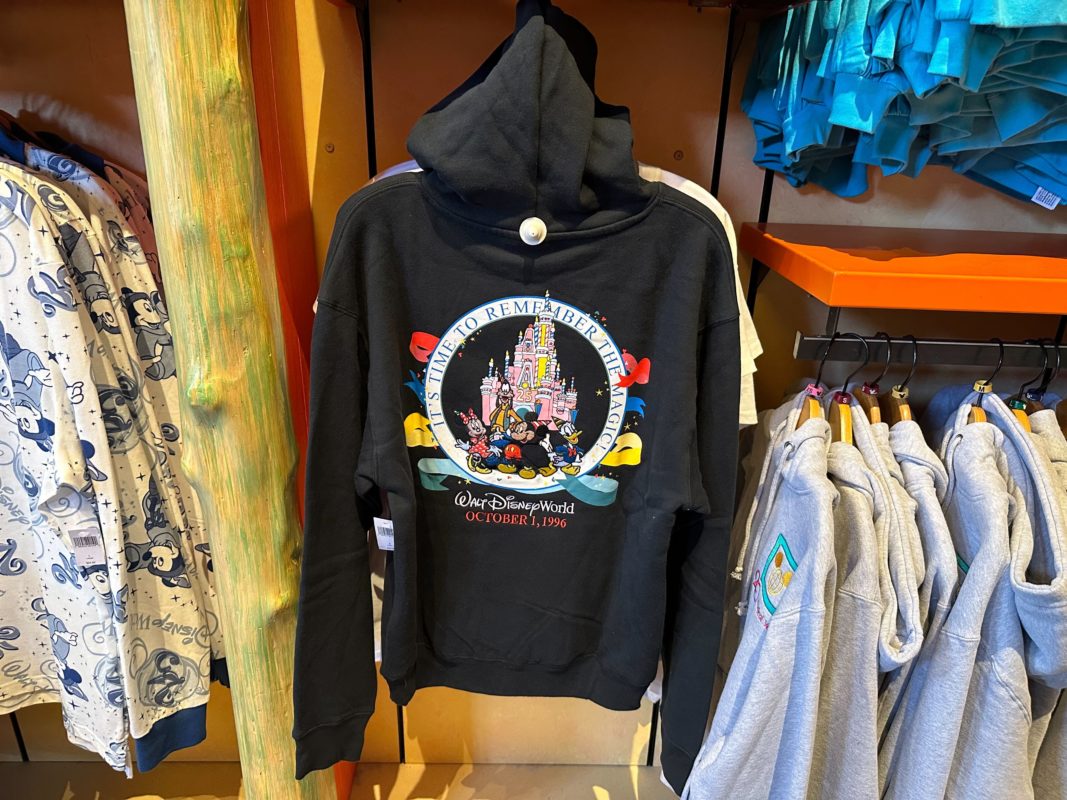 Another “Castle Cake” item has joined the Vault Collection at Walt Disney World, celebrating 50 years of Magic Kingdom by looking back at previous milestone anniversaries. We found this hoodie at Disney’s Animal Kingdom, but it’s also been available at the Main Street Theater in Magic Kingdom. It’s selling out wherever it pops up, so grab it while you can.

The 25th anniversary of Walt Disney World featured, most famously, Cinderella Castle decorated to look like a giant pink birthday cake. The castle was covered in (fake) frosting and candy décor, with the spires replaced with candles. There were fittingly 26 of them, one for each year of the park’s existence and one to grow on.

The castle is on the chest of the black pullover hoodie with Minnie, Goofy, Mickey, and Donald, who are all wearing birthday hats.

The castle and characters are also on the back, this time surrounded by a white circle reading “It’s time to remember the magic!”

There are red, blue, yellow, and green ribbons in the background. At the bottom, “Walt Disney World” and “October 1, 1996” are embroidered.

Check out the cake castle pin, too.