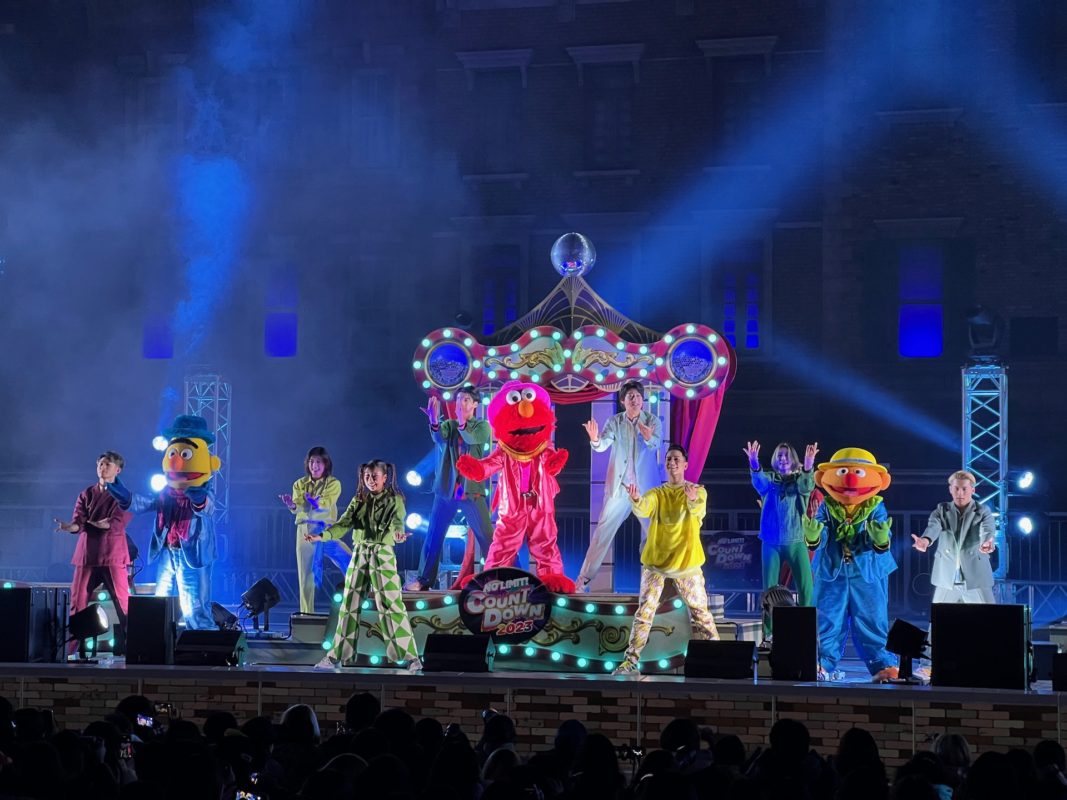 There’s no better way to ring in the new year with entertainment. And whether you missed out on the fun of “Evolution of Dance with Sesame Street” or the terrifyingly catchy “Hamikuma Psycho Circus” this year at Universal Studios Japan, you can catch it all one last time during their annual “NO LIMIT! Countdown 2023″ Party! We were on hand to film the nearly two and a half hours of entertainment leading up to the big countdown moment, and we’re glad to say it was well worth the wait!

You can experience the entire countdown celebration above, which consisted of about four hours of entertainment across five hours, whittled down to about two and a half without repeats. We even divided it conveniently into chapters so you can pick out your favorite moments.

The first show of the night was “Minions Kung Fu Dojo,” which took place during the day on this very same stage throughout the summer. To tie in with “Minions: The Rise of Gru,” the Minions came out to practice the honorable art of kung fu, and lead guests along in a little bit of fun as well!

While Hello Kitty may have her own park up at Sanrio Puroland in Tokyo, she still finds plenty of time to hang out here in Osaka. And for new year’s, she even brought Dear Daniel along for the fun, a rare sight here! The two compete for the other’s attention in romantic dance numbers while of course getting guests in on the fun.

Snoopy, Charlie Brown, and Lucy are out and ready to embrace the power of their friendship as we roll from 2022 into 2023. Guest participation is a recurring theme here.

Plenty of cute photo ops too!

Evolution of Dance with Sesame Street

This year’s Sesame Street street show was based on the evolution of popular dances, and the dance crew along with Elmo, Bert, and Ernie came on stage to perform most of the show for guests as part of the countdown. This year’s show has been particularly popular with local park fans, making this a hit for everyone in the audience. It could’ve only been more uproarious if the Universal Monsters Live Rock ‘n’ Roll Show cast came out.

Our personal favorite seasonal show of the year, “Hamikuma Psycho Circus” came back for one more Halloween Horror Nights haunt to top off 2022. Featuring the lovably terrifying Hamikuma bear along with the iconic (and now-retired) “Rat-Tat-Tat” song, we got to relive Halloween Horror Nights, the best time of the year, one last time on New Year’s Eve!

The best part of the summer for most guests at Universal Studios Japan is the annual “One Piece Premier Show,” a nightly upcharge show themed to one of the world’s most iconic anime and manga series which takes over “Waterworld.” This year’s story tied into the “One Piece Film: Red” which released earlier this year, and featured the beloved Straw Hat Pirates returning along with the dastardly Age Age Super Marines for one last new year’s romp.

Mario and Luigi made their first countdown appearance this year with a special dance show themed to the iconic brothers featuring plenty of beloved tunes from the Super Mario series, ? Block props, and power-up confetti flying into the audience.

Finally, we rang in the new year with a suspenseful countdown into 2023 featuring many of the dancers and singers from throughout the night! Fireworks fired from atop the Studio Stars Restaurant, the faux New York facades, the Amazing Spider-Man Store building, and from the lake at the park’s center to celebrate the turning of the year.

You can of course enjoy the full celebration in our YouTube video at the top, and let us know if you wish you’d spent the new year at Universal Studios Japan in the comments below!